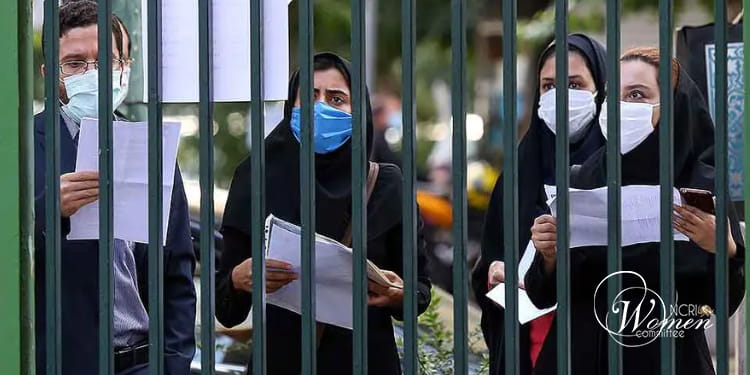 The number of Bahai students who passed the national entrance exam in 2022 but were denied admission to education for various reasons reached 54.

After participating in the national entrance exam, the Bahai students visited the Evaluation Organization website to find out if they had been admitted. But they saw the words “file defect” after typing their names, meaning that they were banned from continuing their education in schools of higher education and universities.

More than half of Bahai students are young women who are banned from continuing their education. After entering their information on the Evaluation Organization website, the Bahai students are referred to a page that only informs them of their files’ deficiencies without mentioning their names.

The clerical regime has been using the term “file defect” since 2006 to deprive Bahai students of continuing their education in universities systematically.

Every year, there are numerous reports about Bahai students being denied further education in Iranian universities, including those about to graduate.

Two leaders of the Bahai community re-arrested in Tehran

The clerical regime has stepped up the persecution of the Bahai community in Iran, especially in recent weeks.

Fariba Kamalabadi and Mahvash Sabet, two leaders of the Bahai community in Iran, were arrested for the second time on July 31, 2022. Agents of security services went to their houses in Tehran and took them to an undisclosed location.

Relatives of Fariba Kamalabadi and Mahvash Sabet confirmed the news of their arrests.

Agents of the Ministry of Intelligence attacked Bahai homes in 9 cities, including Tehran, Karaj, Qazvin, Shiraz, Mashhad, Sari, Gonbad, and Gorgan. They arrested dozens of Bahai citizens, including women.

The NCRI condemns the crackdown on the Bahai community in Iran

The Iranian Resistance strongly condemned the Intelligence Ministry’s attacks on the Bahai community, the arrest of a group of them in recent days and weeks, and the intensification of repressive measures against this religious minority in Iran.

The Freedom of Religions Committee of the National Council of Resistance of Iran (NCRI) strongly condemned the destruction of houses of Bahai citizens in Mazandaran. It also declared that the international community must hold the regime accountable for this inhuman measure.

The religious dictatorship ruling Iran, engulfed in domestic and international crises and unable to deal with widespread protests, has found the only way to intensify repression and increase executions.