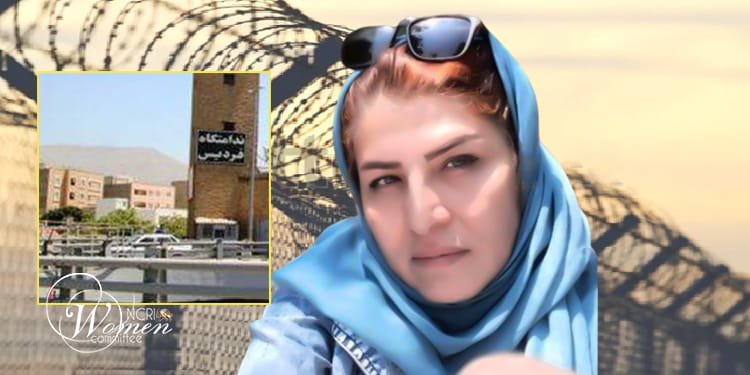 The prison warden had hired the female group of attackers to assault Ms. Asgari. They attempted to strangle and kill her by grabbing her throat.

Massoumeh Asgari was beaten so severely that she became unconscious. Other political prisoners could barely pull her away from her attackers to rescue her.

The source also said, “The prison warden had set this plot to murder Massoumeh Asgari. He gave the order for the hired prisoners to attack this political prisoner. Someone has to help Massoumeh, or they will kill her in this prison.”

Ms. Asgari is being held alongside prisoners convicted of ordinary crimes violating the principle of separation of crimes.

Authorities at Evin Prison in Tehran abruptly transferred Massoumeh Asgari, a retired teacher, to Kachouii Prison in Karaj on December 22, 2021.

Massoumeh has a variety of illnesses, including diabetes, liver and kidney complications, and psychological and nervous system issues. A close family source mentioned that Massoumeh takes 20 different tablets every day but was not given access to her medications for two days.

Massoumeh’s leg is broken at several points, and she had to undergo surgery. This factor, too, added to her illnesses.

Massoumeh Asgari, a retired teacher, was first arrested during street protests in Tehran on August 2, 2018. She was detained in Qarchak Prison but freed on bail after several days.

Intelligence agents arrested her again in December 2018 and took her for interrogation for one month in Evin Prison’s Ward 209. Massoumeh was transferred to Evin’s women’s ward on January 2, 2019.

After one year, Massoumeh was sent on medical leave after the forensics office certified that she needed to have her various illnesses treated. However, she was returned to the women’s ward of Evin Prison on November 22, 2020, before completing her treatment to serve her remaining four years.

The 26th Branch of the Revolutionary Court of Tehran sentenced her to 5 years in prison on charges of “assembly and collusion against national security,” which the Revision Court later upheld.

Massoumeh Asgari, a retired teacher, is the sole guardian of her 16-year-old son.