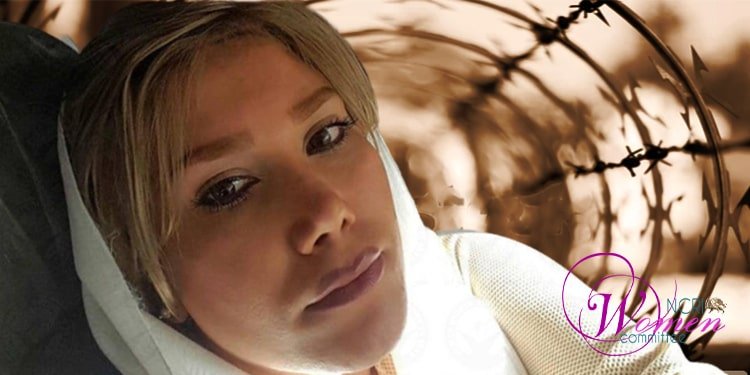 Political prisoner Zohreh Sarv has contracted an infectious disease in Evin Prison and has been denied access to medical care and the right to treatment.

Political prisoner Zohreh Sarv is an online activist who is detained in Evin Prison with a 5-year prison sentence.

A source informed about Zohreh Sarv‘s illness said, Ms. Sarv “has recently contracted a form of infectious disease and due to the spread of the disease in her body, she cannot even inject a third dose of the Coronavirus vaccine. If she is also infected with the Coronavirus, she will lose her life.”

The source added, “The authorities at Evin Prison promised to send political prisoner Zohreh Sarv to the hospital on August 20, 2022, due to her critical condition.”

The online activist was arrested on December 24, 2019, by Islamic Revolutionary Guards Corps (IRGC) intelligence agents for allegedly operating in cyberspace and managing an Instagram page. After being transferred to Ward 1A and during interrogation and arraignment proceedings, she was transferred to Qarchak Prison on January 11, 2020.

Political prisoner Zohreh Sarv was sentenced to a fine and 74 lashes on charges of possessing alcoholic beverages. The sentence was handed down by Branch 2 of Tehran’s Criminal Court. Political prisoner Zohreh Sarv was lashed 74 times on April 5, 2021. Before this date, she had been set to pay a fine instead of being lashed. However, after paying the fine, and delivering the receipt to the Implementation Division, she discovered that her case had already been closed.

Political prisoner Zohreh Sarv was sentenced to 8 years imprisonment by Branch 26 of Tehran’s Revolutionary Court on charges of “insulting the leadership, propaganda against the state, assembly, and collusion with the intention of acting against the security of the country.” The sentence was made final by the Appeals Court of Tehran Province to 5 years imprisonment.

Making political prisoners suffer to death is a well-known method used by the Iranian regime. The National Council of Resistance of Iran (NCRI) once again calls on the United Nations and Human Rights organizations to send an international delegation to visit Iran’s prisons and meet with prisoners, especially political prisoners. The Iranian Resistance further calls on these international bodies to take immediate action to save the lives of prisoners who are at risk of execution and those who are sick and under torture.