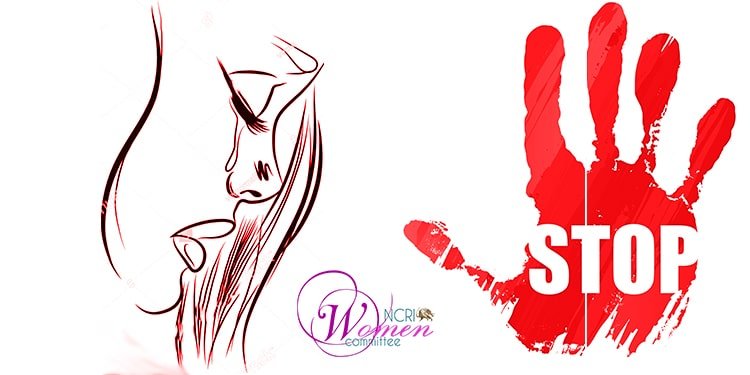 Reports about violence against women especially “honor killings” are commonplace in Iran. Iranian women and girls are victims of brutal honor killings.

On September 4, 2021, the Chief of Police in Rumeshkan, Lorestan province, said the body of a 16-year-old girl was found in the western city. And now, 11 months after the gruesome murder of Mobina Souri by her cleric husband, he has been freed to roam the streets. However, the local journalist who published the news of the tragedy was sentenced to prison.

Sina Qalandari, the first journalist to publish the report on the murder of Mobina Souri was sentenced to 13 months and 16 days in prison for publishing the private pictures of the victim and another 13 months and 16 days of prison on charges of “publishing lies”. He was also sentenced to a two-year ban on journalism and the closure of his Telegram channel. (The state-run Sharq daily – Jul. 31, 2022)

The misogynist regime of Iran does not care that a young girl lost her life. It does not care for her mourning family. The mullahs’ Judiciary is only looking to legitimize and validate the killing of women at the hands of their husbands. It is as if Mobina’s cleric husband had a right to kill the innocent girl and to roam free without punishment.

Ali Mojtahedzadeh, the lawyer of the journalist who exposed the murder, criticized the court proceedings, and said that a “terrible catastrophe had occurred.”

“A girl was brutally murdered by her husband. Then the father of the murderer holds his head high in court and says without fear to the judge that his son has carried out the tribal customs and has not committed any wrongdoing. On the other hand, the victim’s family comes to court with fear and can barely defend themselves.”

“The frightening part of the story is that this isn’t the first time the (Judiciary) implemented a tribal approach towards cases and it will not be the last. The public is severely distressed by this murder, and while the killer has been given a leave from prison, the journalist who revealed the truth is going to prison,” he added.

The prevalence of femicide and honor killings under the mullahs’ rule

Femicide and honor killings are one of the most heinous types of violence against women that have become widespread under the rule of misogynous clerics. Reports of the killing of Iranian women and girls with machetes, knives, scythes, and guns have become a normal headline in Iranian media.

Since July, a series of honor killings and femicides have occurred in Iran. The murders published by the media are only the tip of the iceberg.

June 23, 2022 – A man stabbed his wife 20 times killing her in Mashhad, northeastern Iran. 34-year-old Bahareh was the mother of a 6-year-old boy. The man’s brother said he had had a dispute with his wife for some time. Bahareh had filed for divorce.

June 27, 2022 – An informed source reported the murder of a 16-year-old girl named Ariana Lashkari from Nourabad Mamasani in the southwestern province of Fars province after her father shot her.  Ariana had left home and had gone to her grandmother’s house.

June 28, 2022 – Zahra Goudarzvand Chegini was forced to marry a man in Pachenar village in the northern province of Gilan, even though she was in love with another man. Her father and brother, claiming they had seen her with the man in question, dragged her to her father’s house and killed her while her husband was at work. Locals said that Zahra’s father and brother strangled her with a scarf. But her family told the villagers that she had taken pills and had a cardiac arrest.

July 1, 2022 – A young woman named Sarah was murdered by her husband, Sohrab, in Tehran. Before this, Sohrab had invited two women to their home swimming pool, which had led to a fight between him and Sarah. Sara was the mother of a 6-year-old girl.

July 2, 2022 – In Dare Shahr, a city in the western province of Ilam, a man killed his wife and her sister and subsequently took his own life with a gun. 30-year-old Mohadeseh Malekian and her 16-year-old sister Kimia were shot and killed due to “family differences” according to state-run media. Their mother was also injured in the terrible tragedy.

July 5, 2022 – 24-year-old Mahdie Maleki was killed by her husband with a machete in a real estate agency in Mashhad. Mahdie had gone to the agency with her mother to sell her home.  Mahdie’s husband even threatened to kill her three children. When they arrested him, he said they had a “family dispute”. (The ROKNA state-run News Agency – July 9, 2022)

July 10, 2022 – Goljamin Najafi, a 46-year-old mother of three daughters, was brutally murdered by her husband in the Dalaho district of Kermanshah province, in western Iran because she did not give birth to a son. After the funeral of their daughter, Goljamin’s family filed a complaint against her husband, Ali Agha Rezaei, but so far, no measures have been taken to arrest him.

Soghra Mardasi, was killed by her brother-in-law in Kaidan village in the southwestern province of Khuzestan. The brutal murder took place on June 8, 2022 but the news was published in July. Hossein Behdarvand, Soghra’s cousin and brother-in-law, had just been released from prison. He imprisoned Soghra and her husband at home for several days. Soghra Mardasi was 38 years old and the mother of two little girls. Hossein Behdarvand brutally cut Soghra’s neck while her two minor daughters were at home and injured her husband Moslem Behdarvand, who is now in a coma. The killer is now on the run.

July 18, 2022 – 28-year-old Fariba A. was strangled with a rope after being tortured by her uncle and father. This murder happened in Sib Soran in the southeastern province of Sistan and Baluchistan.

July 19, 2022 – In Tehran, a 50-year-old woman was murdered by her husband in the bathroom and her mutilated body was discovered by her two sons. The killer ran away after carrying out the heinous act. (The state-run Aftab daily – July 21, 2022)

July 21, 2022 – The state-run Mehr News Agency reported the murder of a woman by her husband in Zanjan, northwestern Iran. Majid Eskandari, the deputy Chief of Zanjan’s Intelligence Police said the reason behind the murder was “family disputes”.

July 23, 2022 – Befrin Rasouli, 27, from Mahabad in western Iran was killed by her husband Omid. K. The young couple had disagreements. The day before Befrin’s murder, her mother had tried to go to their house, but Omid had prevented her from entering the house.

Before the murder, Befrin was beaten by her husband with a belt and bruises were visible on her body. After beating Befrin, Omid strangled her, hung her body, and informed the police at 11 pm that night that his wife had committed suicide.

July 28, 2022 – The body of a 26-year-old woman named Anita Kheradmand was discovered near Azadshahr in northern Iran. Local sources said the murder of Anita Kheradmand was an honor killing carried out by her husband and with the participation of three others. Anita went to her father’s house about a month ago with the intention of divorcing her husband. On the night of the murder, she had planned to go to a wedding with her family. But when she went to leave her five-year-old child with her husband, he killed her.

July 31, 2022 – A 38-year-old woman named Maryam was stabbed to death by her husband in one of the villages of Mashhad in front of her two children. The man said he was suspicious of his wife because she was too engaged with her cellphone and had made friends on the internet.

Maryam was stabbed 22 times while setting the dinner table for her 12-year-old daughter Ghazaleh and her brother. (The state-run Hamshahri website – August 9, 2022)

August 3, 2022 – A young man confessed to his crime two weeks after killing his wife. His wife had divorced him a few months before. He buried his wife’s body in the desert area around Tehran. The young woman was a child bride and a mother of two daughters. (The state-run Hamshahri website – August 3, 2022)

The political reasons behind honor killings in Iran

The many honor killings of Iranian women and girls are the result of the regime’s misogynous culture. The misogynous laws of the mullahs and Iran’s judiciary release the murderers of women instead of punishing them.

While every day a woman is killed in the name of “honor” and “family disputes” and the families are left in shambles while children are left motherless, the bill which provides for the security of women against violence is still pending approval by the parliament 11 years after it was introduced.

According to Ensieh Khazali, the Women and Family Affairs director, “The bill is out of our hands, and it is in the hands of the parliament.” But this is too late.  (The state-run Mostaghel website – August 9, 2022)

The root of the massive number of honor killings in Iran is the misogyny and patriarchal culture institutionalized in Iranian laws and society. Iranian women and girls who are battered and abused by their husbands, fathers, or brothers have no support or refuge under the clerical regime.