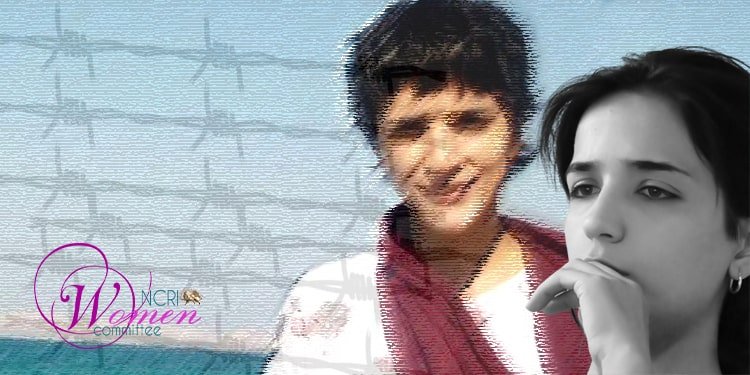 The former political prisoner Leila Hosseinzadeh was beaten by security forces in the street outside her house and arrested. The security forces took her to an unknown location.

Thus far, the reason for her arrest and her whereabouts are unknown.

Political prisoner Leila Hosseinzadeh was summoned by the Prosecutor’s Office of Evin Prison to serve her prison term on January 8, 2022. She had been released on bail from Shiraz Adelabad Prison on January 2, 2022, as she was not physically capable of tolerating detention after her previous case.

Leila Hosseinzadeh is a student at Tehran University who is active in demanding students’ rights.

The 28th Branch of the Revolutionary Court of Tehran had recently upheld a 5-year prison sentence for Leila Hosseinzadeh. The verdict, however, had not been passed on to the Unit for the Implementation of Verdicts.

Amir Raisian, the lawyer of this student activist, wrote on his Twitter account that her verdict contravened the articles of the clerical regime’s punishment law.

Political prisoner Leila Hosseinzadeh had held a small student gathering outside Tehran’s Sharif University of Technology to celebrate the birthday of Mohammad Sharifi Moghaddam, an imprisoned student Dervish. She was indicted of “assembly and collusion for acting against national security” for holding this celebration and singing in it.

Leila Hosseinzadeh was arraigned on her charges in September 2019 in the 2nd Inspectorate Branch of Evin Courthouse.

Political prisoner Leila Hosseinzadeh was arrested during the protests in January 2018. She was released on bail after 16 days. The 26th Branch of the Revolutionary Court of Tehran sentenced her to 6 years in prison. It banned her from traveling abroad on charges of “assembly and collusion against national security” and “propaganda against the state.”

Of this sentence, only 2.5 years were implemented based on the clerical regime’s punishment law.

Political prisoner Golareh Abbasi is confined in Evin Prison while suffering from various health problems. She is serving 2 years and 6 months prison term.

Even though doctors have emphasized that she cannot tolerate being in prison, Golareh Abbasi has been deprived of medical treatment or a medical furlough.

Political prisoner Golareh Abbasi is suffering from Lumbar disc, Arthritis, and Spinal stenosis. She is 46 years old and is her family’s sole breadwinner.

After attempting suicide in Urmia Central Prison, political prisoner Soada Khadirzadeh is yet in poor health and kept in a state of limbo.

According to an informed source, “Mahabad’s Chief of Justice does not accept the bail money for Ms. Khadirzadeh’s release and makes excuses every time. Her family was able to provide the bail amount of 3 billion Tomans for her temporary release. Yet her release is delayed as the Judiciary officials make excuse to prevent her release.”