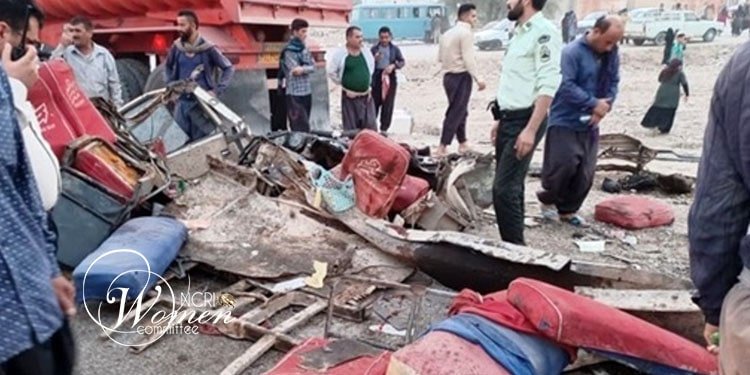 A minibus and a truck crashed on the morning of August 30, 2022. Sixteen were killed and eight wounded. Ten female seasonal workers were among the dead. (The state-run isna.ir, August 30, 2022)

A young woman, 15, was among those wounded. She was severely hurt in the leg. Another young woman, 20, suffered a ruptured liver and needed to undergo surgery. Her condition was reported to be worse than others. (The state-run isna.ir, September 1, 2022)

The male and female seasonal workers took the minibus to work on the agricultural farms of Shahr-e Sherafat, a town in Shushtar county, southwestern Khuzestan Province. The people of this town earn their living through traditional agriculture and animal husbandry.

Ehsan Sohrabi, the so-called representative of workers in the supreme council of technical protection in the Labor Ministry, said dozens of workers die yearly in transport service road accidents.

When asked how to prevent workers’ deaths in road accidents, he blamed the problem on the absence of smart cards and failure to verify the drivers’ health and safety of the passenger fleet, all of which are among the requirements. “Certificates for these fleets need to be issued only after careful examination.” (The state-run entekhab.ir – August 31, 2022)

Under the clerical regime, those in charge of such affairs do not care about workers’ lives. They only seek their own benefits by robbing the revenues earned by workers.

At least 19 were killed or wounded in yet another accident on the road leading to Dashtiari county in Sistan-o-Baluchestan province. (anfpersian.com – August 25, 2022)

In disadvantaged areas such as Sistan-o-Baluchestan province, the lack of necessary infrastructure, including the lack of proper roads, is a major problem. A significant number of road accidents in Iran occur due to non-standard roads.

Some 800 workers die annually in Iran due to a lack of workplace safety facilities. (The state-run Setareh Sobh daily, August 20, 2022)

“Workplace safety” is one of the most fundamental rights of workers, which has continuously been ignored in work environments under the mullahs’ rule. Salam newspaper wrote on April 17, 1994: “In 1993, when the country’s population was about 57 million, 204 people died in labor accidents. But now, 29 years later, while the population is 85 million, the number of workers who die in accidents has reached 800 per year. The population has increased one and a half times, but the casualties have increased four times.”

The real number of workers who die in toxic and very harsh environments lacking health standards is much higher and is never published.

The Iranian Resistance condemns the clerical regime’s anti-labor policies and severe and systematic violations of international laws and standards regarding Iranian workers. 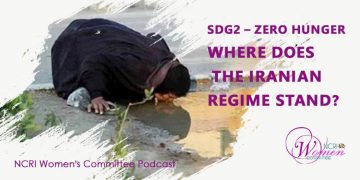