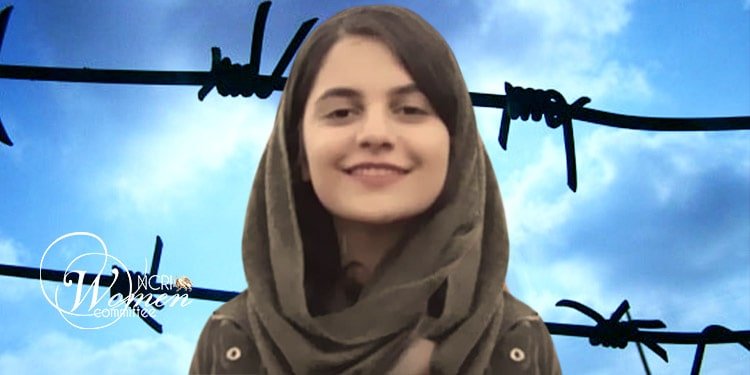 Political prisoner Forough Taghipour was not sent to the hospital on August 30, 2022, as she opposed being hand and foot cuffed during her transfer.

Political prisoner Forough Taghipour was supposed to be sent to the hospital due to her poor physical and GI condition. But she disagreed with being handcuffed and shackled. For this reason, the Evin prison authorities wasted several hours during which they harassed her, finally preventing her from going to the hospital and returning her to the prison ward.

Who is political prisoner Forough Taghipour?

Born on May 10, 1994, Forough Taghipour graduated in accounting with a bachelor’s degree.

Ms. Taghipour and her mother were arrested on February 24, 2020. She was detained in Ward 209 of Evin Prison and underwent interrogation under torture.

On January 5, 2021, Tehran’s Revolutionary Court tried Forough Taghipour and her mother on charges of “propaganda against the state” and “assembly and collusion” through membership in the opposition People’s Mojahedin Organization of Iran (PMOI/MEK).

The judge presiding over her case threatened Forough Taghipour to hand down a verdict for Moharebeh (waging war on God). She rejected this charge and pleaded not guilty. She finally received a five-year prison sentence.

The Women’s Committee of the National Council of Resistance of Iran (NCRI) once again urges the United Nations, the European Union, and its member states, and all human rights advocates to condemn the heavy prison sentences handed down to political prisoners and calls for urgent action to free them, especial the female political prisoners.

The clerical regime’s dossier of human rights violations must be referred to the UN Security Council, and the regime’s leaders should face justice.

The crime of being an activist: 5 women jailed in Iran