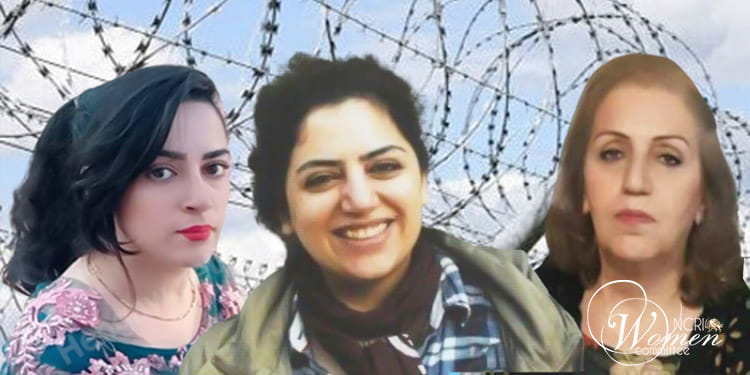 The crime of being an activist: 5 women jailed in Iran

She had been summoned to the Prosecutor’s Office of Evin Prison on September 1, 2022, to begin serving her time.

Ghazal Asgarizadeh, her sister, posted a report saying, “My sister, Raha Asgarizadeh, was summoned to Evin Prison on Thursday, September 1, 2022, and was admitted this morning to serve her two years in jail.”

Raha Asgarizadeh was arrested at Tehran’s International Airport on December 12, 2019, as she was leaving Iran. She was taken to the Intelligence Ministry’s Ward 209 at Evin Prison. After 15 days of interrogation, she was transferred to the women’s ward.

Branch 15 of Tehran’s Revolutionary Court sentenced Raha Asgarizadeh to two years in prison on charges of acting against national security through assembly and collusion, two years of prohibition on activities in the press, cyberspace, political groups, and parties, and a two-year ban on leaving the country. The Revision Court later upheld the ruling.

Civil activist Fereshteh Hosseini, detained in the Central Prison of Urmia, was relocated to an unknown location on September 3, 2022.

Ms. Hosseini had earlier been transferred from an intelligence services detention center to the quarantine ward of Urmia Central Prison on August 30, 2022. Fereshteh Hosseini is charged with collaborating with a Kurdish party. The exact date of arrest of the civil activist from Bukan remains unclear.

Marzieh was arrested on Wednesday, August 31, 2022, after being summoned by the Revolutionary Court of Sanandaj and transferred to the city’s Correctional Center.

Arezou Amjadi, a civil activist from Sanandaj, was interrogated for hours on August 29, 2022, after reporting to the city’s Intelligence Department. She had been summoned by phone on August 27, 2022.

Arezou Amjadi, 32, had previously been summoned and interrogated by the regime’s security agencies. They had warned her to not participate in any event or work for any organization. Arezou is a member of the Kurdistan Zhianawa Association.

The Telegram channel of the Coordinating Council of Iranian Teachers Associations confirmed the news, writing, “Sara Siahpour, a teachers’ union activist in Tehran and Alborz, was arrested outside her home at 7 a.m. and transferred to an unknown location. Security forces ransacked Ms. Siahpour’s home and searched her belongings.”

On the same night, Sara Siahpour in a short call informed her family that she was held in detention. But she did not know the location or the agency that held her captive.

It became clear on August 28, 2022, that Sara Siahpour was held in limbo at a detention center in Tehran, affiliated with the Revolutionary Guards (IRGC).

On the same day, the Siahpour family inquired about the activist’s fate at Branch-3 of the Evin Prison Prosecutor’s Office. Eventually, Ms. Pari Zarasvand, Sara Siahpour’s mother, managed to meet her.

The Coordinating Council of Iranian Teachers Associations posted a message on its Telegram channel on September 2, 2022, using the Persian hashtag, Free Sara Siahpour, to notify of her ninth day in detention. The council’s channel also mentioned the names of other female teachers who have been imprisoned. Nahid Fathalian, Zeinab Hamrang, and Massoumeh Asgari are currently being held in Evin Prison. Teachers active in this channel wrote, “We cannot be silenced.”

Ms. Siahpour was finally released on bail of 300 million Tomans on September 3, 2022.