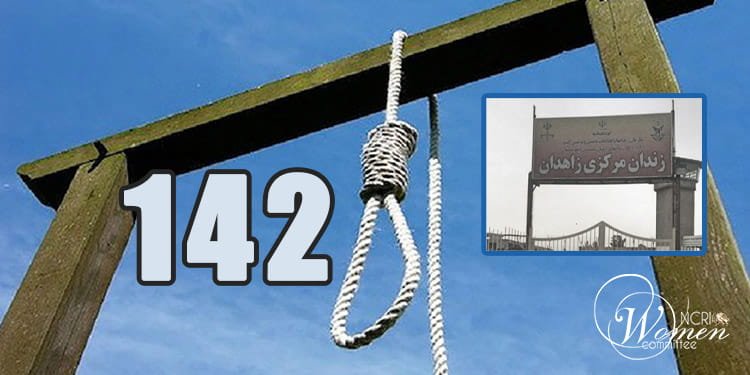 A woman hanged in Zahedan – Stop the death penalty

142nd woman to be executed in nine years; more than 400 death penalties carried out in 2022

The clerical regime in Iran is continuing its execution spree throughout the country. A woman and four men were hanged in the Central Prison of Zahedan on Saturday, September 10, 2022.

The woman’s identity is still unknown. The Iranian state media have not acknowledged her execution as this news is being published.

The woman hanged in Zahedan is the 142nd woman whose execution has been recorded since August 2013.

The number of executions in Iran has increased since Ebrahim Raisi took office last August.

Another 115 people have been hanged since August 3.

Most women executed in Iran are victims of domestic violence

The Iranian regime is the world’s top record holder of the executions of women. The Women’s Committee of the National Council of Resistance of Iran has compiled the names of these women in a list called “List of Women Executed Under Rouhani and Raisi.”

The actual figures are higher, as the Iranian regime carries out most executions secretly without anyone knowing except those who carry them out.

The Iranian regime open-handedly uses the death penalty in Iran as a form of punishment.

In many cases, religious and ethnic minorities, political dissidents, and women are targets of the death penalty in a discriminatory manner.

During a series of major revelations, the National Council of Resistance of Iran (NCRI) published extensive information from the clerical regime’s judicial system, including the Prisons Organization.