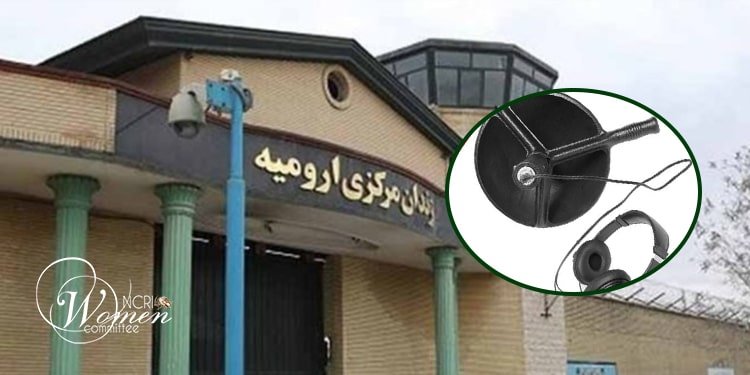 Female detainees strip-searched in the Central Prison of Urmia

Agents of the Intelligence Department of Urmia wiretapped the phones in the Central Prison of Urmia. They strip-searched female inmates in a bid to find their communication devices.

In collaboration with the authorities of the women’s ward of the Central Prison of Urmia, agents of the Intelligence Department installed eavesdropping devices in the prison’s phone booths.

Intelligence authorities have installed wiretapping devices on the telephones of Urmia prison in the past few days. The measure followed the leak of the news of the suicides of Soada Khadirzadeh and death row prisoner Zahra Sedighi Hamedani to the media.

The measure led to the female inmates’ protest in this prison. Some prisoners even declared they were not ready to contact their families under such conditions.

Subsequently, the agents of the Intelligence Department embarked on a humiliating physical inspection of the inmates in the women’s ward.

They forced the women to take off their clothes to be strip-searched.

The intelligence department agents said they were looking for the prisoners’ means of communication with the outside world.

Zahra Sedighi Hamedani committed suicide in prison after finding out that she had been sentenced to death for “spreading corruption on Earth” and “promoting homosexuality.”

Soada Khadirzadeh has been under pressure from the Intelligence Department to make false confessions against herself and reveal who leaked the prison’s news to the media.

Soada Khadirzadeh was pregnant at the time of arrest and recently gave birth to a baby girl. Nevertheless, she has committed suicide several times in prison.

The Central Prison of Urmia

The Central Prison of Urmia is one of the most dangerous places for female prisoners.

Last July, there was news about the deliberate starvation of women in this prison. More than 40 prisoners were deprived of meals every day.

Also, the number of deaths due to disease in Urmia prison is high.

Many women in this prison are on death row. In April 2021, a Kurdish human rights organization published the names of 12 women sentenced to death who are held in the women’s ward of the Central Prison of Urmia.

Death of Shelir Rasouli symbolic of women’s fate in Iran