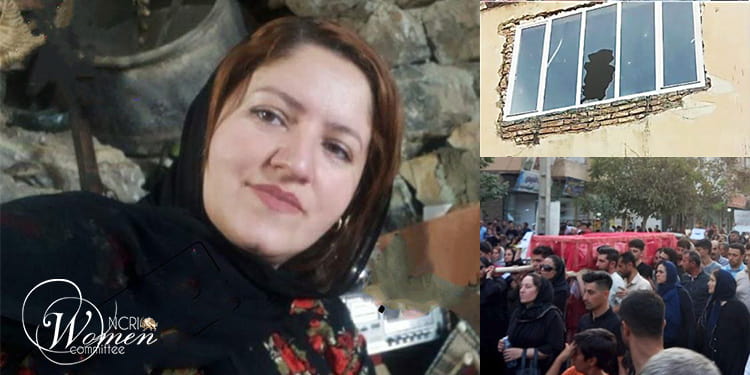 Death of Shelir Rasouli symbolic of women’s fate in Iran

The gruesome death of a woman in Marivan after a rape attempt shocked the Iranian community in Kurdistan and throughout the country. Shelir Rasouli, 36, threw herself off the second floor of the assailant’s house in self-defense and died after three days in a coma.

It’s 1.30 a.m., Saturday, September 3, 2022. A neighbor knocks on the door, seeking help for his wife. Shelir and her children wake up. Shelir says she must call the emergency, but the man insists that his wife is not well and needs immediate help.

Two days before, the woman had fainted, and Shelir drove her to the hospital. So, Shelir goes out and takes her 17-year-old son with her.

After Shelir walks in and up the stairs, the man, Goran Qassempour, shuts the boy out.

Shelir enters the room upstairs to see that no one is there. Goran locks the door and brandishes a gun to make her give in. But Shelir goes to the window, screaming and asking for help. Her son and 11-year-old daughter were out in the street watching their mother crying and throwing herself out the window.

At the time of the incident, Shelir’s husband had traveled to Iraqi Kurdistan to find a job to earn a living.

Shelir Rasouli died in a hospital in Sanandaj, the capital of Iranian Kurdistan, on September 8, 2022, due to severe injuries, especially to her brain.

Notably, the assailant escaped after hurting and harassing several other women on his escape route. Unconfirmed reports say Goran Qassempour is an Intelligence Ministry agent in Marivan.

The horrific incident shocked and outraged the public, especially the women’s rights activists in Marivan, a city in the western Iranian Kurdistan province. They held a rally outside the city’s Court on September 6, demanding security for women.

On September 8, hundreds of people attended Shelir’s funeral and marched in the streets, chanting, “From Kurdistan to Tehran, oppression of women (is prevalent),” and “No to femicide, yes to life!”

The death of Shelir Rasouli is a reminder of another similar incident in Mahabad, also in Kurdistan, on May 4, 2015.

On May 4, 2015, Farinaz Khosravani, 26, threw herself off a four-story hotel to escape an Iranian regime’s Intelligence Ministry agent who intended to rape her. Farinaz died instantly.

She had a computer bachelor’s degree and provided for her family’s expenses by working in the hotel. Not only the clerical regime did not punish the assailant. But, it issued prison sentences for those who held protests against the atrocity.

Ironically, Ensieh Khazali, deputy for women and family affairs under Ebrahim Raisi, made an absurd comment about the innocent women who committed suicide against rape.

Nowhere in the world is a woman encouraged to commit suicide to prevent rape or to preserve her honor, except in Iran! The same person who should defend women’s rights instead approves of their suicide to protect their virtue.

Clearly, in such a culture, women must eliminate themselves instead of filing suits against the assailant. Undoubtedly, like thousands of oppressed women in society, Shelir Rasouli was victimized by the misogynous laws and patriarchal practices in society under the mullahs’ regime in Iran before being crushed by a sick man.