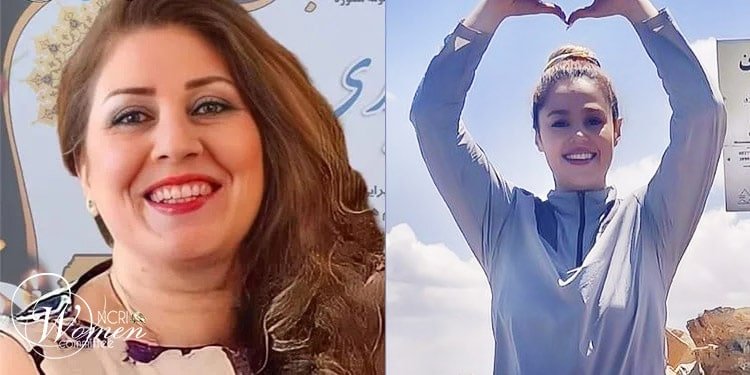 Over 140 women and youths were slain during eight days of protests across Iran. They were shot by the clerical regime’s security forces and anti-riot units. The National Council of Resistance of Iran also announced that at least 5,000 have been arrested.

On September 24, 2022, the Iranian opposition People’s Mojahedin Organization of Iran (PMOI/MEK) announced the names of 19 of those who laid down their lives for the Iranian people’s freedom, including two women. They were Minoo Majidi killed in Kermanshah on September 20, and Ghazaleh Chalavi killed in Amol on September 21.

The clerical regime intends to quell the protests and prevent them from spreading by arresting people on a large scale.

The authorities have pressured the martyrs’ families and prevented them from holding funeral ceremonies.

The family of Mahsa Amini, the 22-year-old girl from Saqqez whose death ignited the late September uprising in Iran, are under pressure from the Intelligence Ministry to make a televised confession. The ministry wants to force Mahsa Amini’s father to say she had a progressive illness.

Pressure on the bereaved parents of Mahsa Amini has been so much that both her father and mother have been referred to the hospital repeatedly. Her father was hospitalized several times. The security agencies keep a tight prevalence on all visits to the parent’s home, arresting anyone who goes there.

Mohsen Mansouri, Tehran’s Governor, wrote in his account on September 22, 2022, that 1,800 people were arrested in just one night and only in Tehran. He emphasized, “700 of the arrestees have considerable previous records at various law enforcement, security and judicial institutions.”

The deputy commander of the State Security Force in Gilan Province, Hossein Hassanpour said 128 people were arrested in the nationwide uprising on Wednesday, September 21, 2022.

Kurdish sources have also reported that the number of arrestees in four provinces, including Kurdistan, West Azarbaijan, Kermanshah, and Ilam, has surpassed 500.

Another report states that the number of Kurdish arrestees over the past four days is more than 600. But the identities of only 100 have been obtained so far.

Some 733 people were reportedly injured and wounded in Kurdistan Province by Thursday, September 22, 2022.

Journalists and political activists arrested in a door-to-door search

The clerical regime continues to arrest journalists and writers who published reports about Mahsa Amini’s death. The mass arrests aim to contain and suppress nationwide protests in Iran.

Niloufar Hamedi, a journalist who published for the first time the news of Mahsa Amini and her family while they were at Tehran’s Kasra Hospital, was arrested.

Security forces also arrested Elaheh Mohammadi, a journalist, and Zahra Tohidi, a media activist. They took them to an undisclosed location on September 22, 2022.

Elaheh Mohammadi works for the state-run Hammihan daily and provided a first-hand report on Mahsa Amini’s funeral in Saqqez. She also published what Mahsa Amini’s father had said.

Azin Saeedi Nasab, 21, was last seen in a protest in Tehran near the City Theater on September 22, 2022. Azin Saeedi Nasab has disappeared since then, and her family is unaware of her whereabouts.