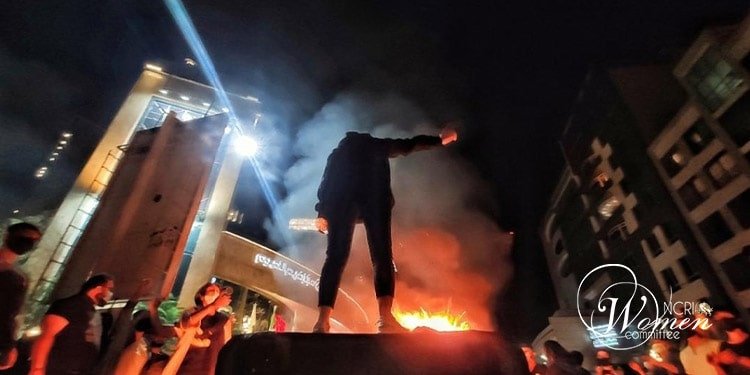 On Sunday, September 25, 2022, Iran protests spread to 146 cities in all 31 provinces on the 10th day. People cry for freedom across Iran as their 44-year pent-up anger erupts against the mullahs’ corrupt and autocratic rule.

According to the Iranian Resistance, 180 people have been slain and more than 8,000 arrested in nine days as Iran protests spread across the country.

Many families of the detainees gathered outside Evin prison on September 24 despite tight security measures in the area adopted by the intelligence and security services.

On the same day, the students of Tehran University marched on campus shouting, “Death to the dictator.” Plainclothes agents viciously attacked girl students and brutalized them.

On the 10th day of the Iran protests, women and young people are tirelessly engaged in demonstrations and clashes with the repressive forces everywhere, despite severe repression and internet cut-off. Having borne the brunt of oppression and discrimination over the past 44 years, women bravely defy and stand up to the state security and intelligence forces and plainclothes agents.

Iran protests spread to 146 cities in all 31 provinces of Iran on Sunday, September 25.

From north to south, east to west, and in the center, Tehran streets are barricaded, and young people are in a ready state.

People and Resistance Units report the destruction of government centers and manifestations of the ruling regime in all cities.

As Iran protests spread across the country, the Iranian Resistance has announced that the number of those who laid down their lives for freedom during the recent Iran protests has exceeded 180. More than 8,000 persons have been arrested and detained.

Some of the reports from Iran contain the names of martyrs, including brave young women.

Aysan Madan Pasand, September 19, 2022, in Tabriz, died due to a beating by security forces. The regime intimidated and ordered Aysan’s family to declare that their daughter had a physical illness!

Hediyeh Naimani, 25, September 22, in Nowshahr; shot and wounded by security forces on Hafez Street and died in the hospital due to the severity of her injuries.