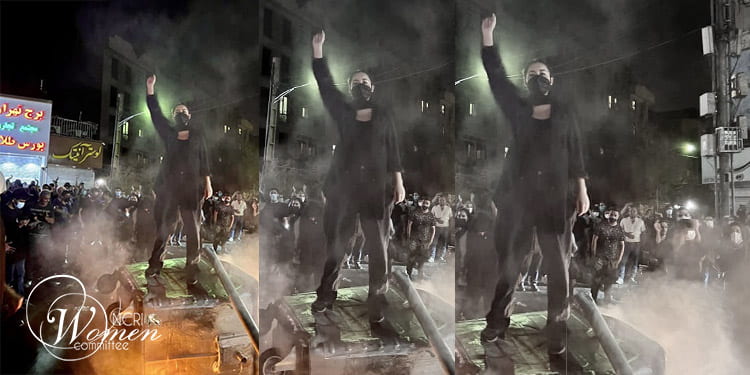 200 killed by security forces and 10,000 arrested and detained in prison

On the 11th day of Iran protests, the uprising spread to 154 cities across the country.

The National Council of Resistance of Iran estimates that 200 persons have been killed by security forces during the protests and more than 10,000 protesters have been arrested.

Despite the clerical regime’s mobilization of its troops and opening fire on protesters, protests have continued in many cities. Women continue to lead the protests and inspire others to join.

Students have been especially active in this round of anti-regime protests and demonstrations. Security forces have arrested many students as they are doing house-to-house searches to identify and arrest protesters.

On the 11th day of Iran protests, students marched and held a rally at Tarbiat Modarres University in Tehran. They demanded the release of detained students and called for others to join the nationwide protests.

Students of Tehran University launched a night rally that evolved into a large demonstration with participants chanting: “We will fight and take back Iran!”

Protests continue to be intense in Tehran on the 11th day of Iran protests. Women and young people made roadblocks and held protests with chants of “death to Khamenei” and “death to the dictator” in Sattarkhan, Narmak, Fakouri, Zafaranieh, Shariati, Tehransar, Punak, Piroozi, Gisha, Sadeghieh, Ekbatan, and Jannatabad districts of the capital.

In Tabriz, there were heavy clashes between protesters and security forces amid gunshots. The students of the Dental College went on strike, demanding the release of detained students.

On the 11th day of Iran protests, protests were especially intense in Yazd, with chants of “We are all Mahsa! We will fight till the end!” and “Iranians would rather die than live in disgrace!”

Mahsa was a young Kurdish woman who was violently arrested on Tuesday, September 13. She died at 3.40 p.m. Friday, September 16, 2022. Mahsa (Zhina) Amini, 22, from Saqqez, Iranian Kurdistan, had traveled to Tehran to visit her relatives in the capital.

Only two hours after the arrest, she went into a coma. She was taken to Kasra Hospital, where doctors said she had suffered a heart stroke and brain hemorrhage. The heavy blows to her head fractured her skull.