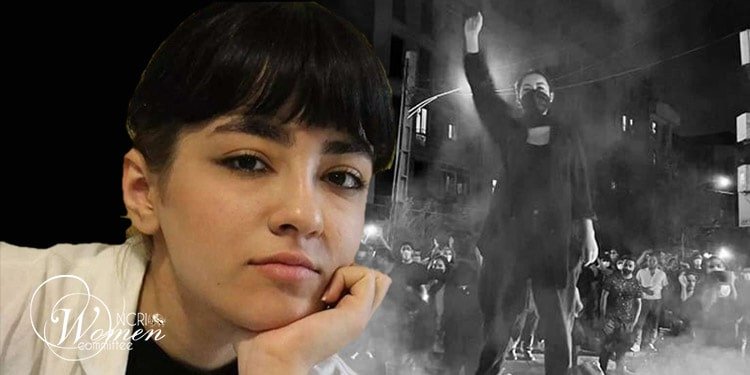 Nika Shakarami, 17, and Sarina Esmailzadeh, 16, are among the victims

Nationwide protests in the wake of Mahsa Amini’s death in police custody continued for the 15th consecutive day on Friday, September 30, 2022.

The protests have spread to 164 cities in all 31 provinces. On Friday, September 30, protests were intensely in effect in at least nine major capitals in Iran despite the brutal crackdown on protesters and an internet shutdown.

An estimated 15,000 protesters have been arrested and detained, and at least 300 viciously killed by security forces.

Nika Shakarami’s body was handed over to her family on Friday, September 30, after ten days of looking for her, reliable sources reported.

Nika Shakarami, 17, had participated in Tehran protests on Keshavarz Blvd. on September 20. Her friends said she was fearless and chanted slogans ceaselessly. In her last call to her friend, Nika Shakarami said she was running away from security services.

Her family looked for her everywhere in all prisons, detention centers, police stations, and even the forensics office of Kahrizak. Finally, on September 29, at the police station, the Shakarami family was told that someone with similar specifics had been found in Kahrizak forensics.

Nika lived with her aunt. She told the BBC that the authorities had told her that Nika had fallen from a height. However, her uncle said the photos shown to them appeared unusual.

When the Shakarami family went to identify the body, they were not allowed to see her head. Her nose had been smashed. Nika’s skull had been pounded repeatedly by some heavy object like a baton.

Nika’s aunt said unofficial sources had contacted her, saying that Nika had spent a whole week in the custody of the IRGC. Upon completion of her interrogations, she was transferred to Evin. Nevertheless, when her family went to Evin, they were told Nika was not there.

Like many other families, the Shakarami family has also been threatened and told not to hold any ceremony for their slain daughter.

Sarina Esmailzadeh, 16, was also among those slain by the repressive forces of the clerical regime.

The regime’s security forces caught Sarina Esmailzadeh during the protests in Karaj, Alborz Province, on September 23, 2022, viciously hitting her in the head with batons. Their savagery led to Sarina’s death.

Amnesty International pointed out the name Sarina Esmailzadeh as killed after “being severely beaten in the head with batons.”