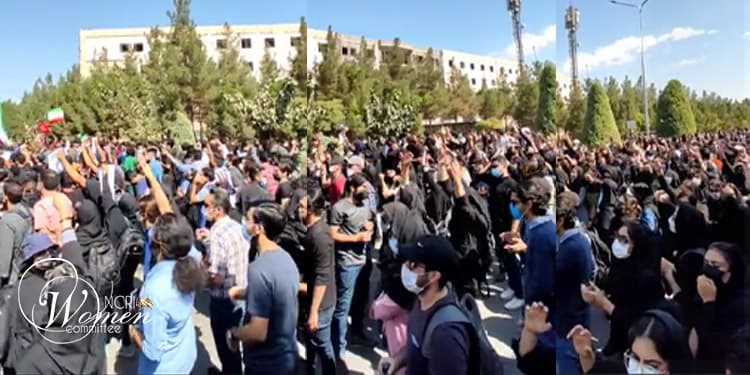 Security forces attempted a massacre at the prestigious Tehran university

Iran protests continued Sunday, October 2, 2022, for the 17th consecutive day. More than 170 cities across all 31 provinces have reported anti-regime protests. Click on this link to watch video clips of protests in various cities on this day.

The clerical regime has killed at least 400 protesters and arrested more than 20,000 throughout the country. Hundreds of women including journalists are among those arrested.

As this report is being published, the clerical regime’s security forces have trapped and locked students in the parking lot of the Sharif University of Technology, firing live ammunition and arresting the students.

Freedom-loving youths and parents have gathered outside the university demanding the regime release the students. Security forces fired tear gas to disperse the crowd.

Only a few hours before, Sharif University students had held a protest on campus. Gunshots are heard from the university and the regime is trying to massacre the top-notch students at this university. The arrested students have reportedly been taken to a military garrison in Afsarieh, Tehran.

Students have played a key role in shaping the recent nationwide protests and continue to hold their rallies every day despite the regime having arrested many students.

Students chanted, “Tehran has become a detention center,” “Free all imprisoned students,” and “I would give my life for Iran.”

Protests in dozens of locations in the capital

In other developments, young people held protests in dozens of districts in Tehran on Sunday. Business owners and bazaar merchants in at least 30 cities, and truck owners in several cities, went on strike in solidarity with the protests.

According to sources inside Iran, the regime is using ambulances without license plates to carry arrested protesters. The detainees are held in Ward 209 of Evin Prison and the IRGC ward in the Greater Tehran Penitentiary.

Protests and strikes were reported in at least 42 cities on Saturday, October 1. Youths and women took the initiative throughout the day with hit-and-run clashes and small protests erupting in different parts of cities. The regime’s forces were unable to cope with the vast scope of the protests.

The massacre in Zahedan on Friday, which has left more than 100 killed and injured by the regime’s forces according to local sources, has resulted in protests escalating against the regime as Iranians are furious over the killing of their fellow compatriots.