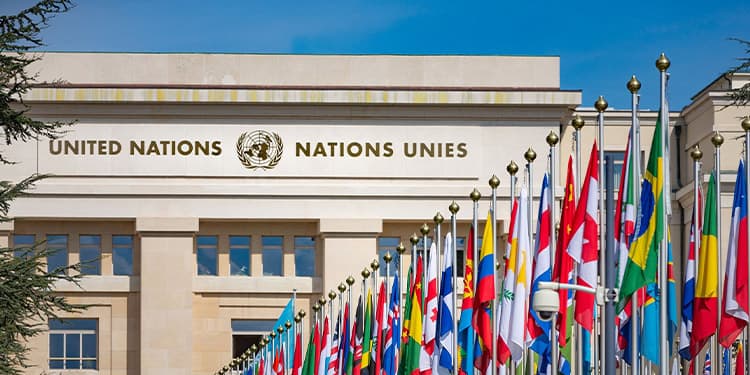 Following is the statement released by UN human rights experts on October 26, 2022, in Geneva, condemning the clerical regime’s crackdown on protesters during the Iran uprising.

The experts said the reports of physical and sexual violence against women and girls were frightening. They called on the Human Rights Council to urgently take necessary action to address the situation, including the organization of a Special Session.

GENEVA (26 October 2022) — UN human rights experts* condemned the killings and the crackdown by security forces in Iran on protesters following the death of Jina Mahsa Amini, including alleged arbitrary arrests and detentions, gender-based and sexual violence, excessive use of force, torture, and enforced disappearances. They urged that the reports be thoroughly and independently investigated and those responsible held to account.

Thousands of people have been rallying in daily demonstrations throughout the country after 22-year-old Amini’s death on 16 September following her arrest and detention by the morality police for allegedly wearing her headscarf incorrectly. Protesters have been demanding accountability for the death of Amini and calling for an end to the ongoing repression of women and girls’ fundamental rights.

“We are deeply troubled by continued reports of deliberate and unlawful use by the Iranian security forces of live ammunition, metal pellets and buckshot against peaceful unarmed protesters in breach of the principles of legality, precaution, necessity, non-discrimination and proportionality, applicable to the use of force,” the experts said.

“An alarming number of protesters have already been detained and killed, many of whom are children, women and older persons. The Government must instruct police to immediately cease any use of excessive and lethal force and exercise restraint.”

They said reports of physical and sexual violence against women and girls during protests and in public spaces, and the denial of other women’s and girl’s rights while in detention, or when active in public, were frightening.

“We see such violations as a continuum of long-standing, pervasive, gender-based discrimination embedded in legislation, policies and societal structures. All of which have been devastating for women and girls in the country for the past four decades.”
Internet communications have been disrupted since the protests started, preventing access to, and sharing of, information, including about alleged human rights abuses against protesters.

Reports of acts of intimidation and harassment against protesters’ families by authorities have also emerged. These reports indicate that family members are being interrogated unlawfully, with a view to extracting false information attributing responsibility for the killing of relatives to “rioters” or individuals working for “enemies of the Islamic Republic of Iran”.

The experts said they have previously urged Iranian authorities to fulfil their obligation under international law to carry out impartial, independent and effective investigations in a prompt and transparent manner, in order to ensure that perpetrators are prosecuted and victims of violations have access to justice, truth and reparations. However, investigations into Amini’s death, as well as others that have been reported since, appears not to have met minimum requirements of independence and impartiality.

Special Procedures mandate holders have repeatedly raised concerns about the unlawful and excessive use of force by law enforcement against protesters and the systemic impunity for perpetrators of human rights violations.

“This is not the first time that women and girls in Iran have demanded the dismantling of discriminatory laws and practices and that they have been met with intimidation, repression and violence. Despite repeated calls for accountability to the government to end structural gender-based discriminatory laws and practices, as well as other human rights violations, we regret that these calls have remained largely unheard.”

“We further urge the government of Iran to ratify relevant human rights treaties to which it is not yet a party and to bring its national legislation into alignment with them.”

In view of the gravity of the situation, the experts called on the Human Rights Council to urgently take necessary action to address the situation, including the organisation of a Special Session. They also supported calls for the establishment of an international investigative mechanism, to ensure accountability in Iran and to end the persistent impunity for grave human rights violations.

The experts are closely monitoring the situation, and call on authorities to engage the different special procedures and facilitate visits by relevant mandate holders.

The Experts are part of what is known as the Special Procedures of the Human Rights Council. Special Procedures, the largest body of independent experts in the UN Human Rights system, is the general name of the Council’s independent fact-finding and monitoring mechanisms that address either specific country situations or thematic issues in all parts of the world. Special Procedures experts work on a voluntary basis; they are not UN staff and do not receive a salary for their work. They are independent of any government or organisation and serve in their individual capacity.