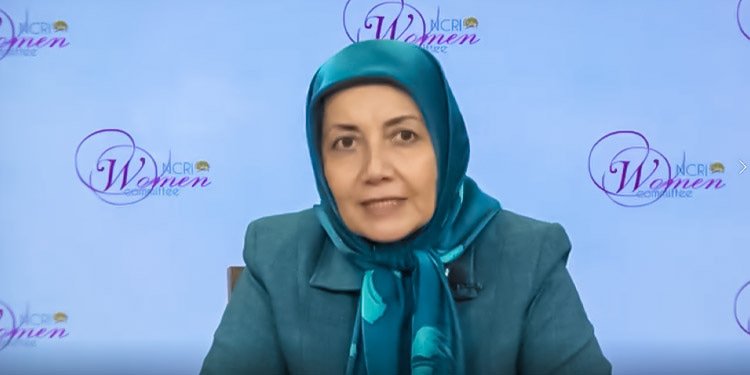 The anti-regime protests in Iran spearheaded by women have continued for over 40 days despite the clerical regime’s brutal crackdown on protesters, massive arrests, and vicious torture of the detained protesters in prisons.

Ms. Sarvnaz Chitsaz, the chair of the Women’s Committee of the National Council of Resistance of Iran, has given several interviews in this period elaborating on the nature of the uprising and the leading role of Iranian women.

Following is an exclusive interview she did with the NCRI Foreign Affairs Committee:

Q. The world is watching that Iranian women are playing a leading role in the current protests in Iran. Can you elaborate on this? Why women? How come that they are leading the protests?

Sarvnaz Chitsaz: We are facing a misogynous regime, which, over the past 40 years, has violated the most basic rights of women, including their right to choose their attire. Therefore, women are more motivated to fight against this regime.

The role of women in protests is not a spontaneous phenomenon. It is rooted in the struggle of Iranian women for that past 43 years, during which, tens of thousands of women have been imprisoned, tortured and executed.   The number of women executed for their political beliefs in Iran, mostly for being affiliated with the MEK, is unprecedented in modern times.

Their sacrifices are an inseparable part of Iran’s contemporary history and embedded in the Iranian people’s conscience.

In addition, women have been playing key role in the Iranian Resistance at all levels. 56% of the NCRI members are women. The NCRI President-elect is a woman. The MEK Secretary General is a woman and for many years, women have been leading the organization.

Q. What are Iranian women’s demands? Is it purely a demand for gender equality, including the right to choose their attire?

SC. The Iranian women certainly demand gender equality in all aspects including the right to choose their attire and their social life, and more important equality in law, in economic and political opportunities.

However, they know that so long as the fundamentalist regime is in power, they will not achieve their goals. Therefore, their prime objective is to overthrow this regime. Anything short of that would be a misrepresentation of the demands of the Iranian people and a gift to the mullahs’ regime.

Q. As a Muslim woman, what is your view on the right of women to freely choose their attire?

SC. I strongly believe in freedom of choice for women to decide about their social life, their attire, their field of study and careers.

In my view, true democracy is to respect the views of others and to defend their rights. What the mullahs are doing is against Islam and is an insult to the true believer.

Dictators want to impose their views on the people. The father of the deposed Shah tried to force women to remove their scarves and the mullahs’ regime tried to make wearing it compulsory. I think both are wrong. Women must be free to choose, not being told what to do.

In 1979, when Khomeini started to force women to wear the veil, the MEK supporters, who were Muslim and wore the headscarf, lined up in the first rows of the demonstration against compulsory veiling.

Q. There are reports of a number of teenagers, including young girls, having been arrested or even killed. The Iranian regime has denied this. What is the truth?

We have identified at least 26 underage girls and boys who have been killed by the regime during the recent uprising. One example is the 15-year-old Asra Panahi. She was beaten to death by plainclothes agents because she had refused to participate in propaganda ceremony for Khamenei.  There are currently many juveniles in prisons around the country and the UN and international community must act immediately to compel the Iranian regime to release them.

Q. What is the NCRI plan on women?

SC. The NCRI ratified its plan on Women’s Rights and Freedoms 35 years ago, guaranteeing the full equal rights for women in every aspect of their life.

For us, women’s equal rights are not limited to their attire but encompass all fundamental rights, equality before the law, and more importantly, equal participation in political leadership and equality in the economic arena.

Maryam Rajavi, NCRI’s President-elect has declared that all written or unwritten laws on controlling the clothing or behavior of women under the pretext of “mal-veiling” which have violated Iranian women’s rights to freedom and security, shall have no place in tomorrow’s Iran.

In particular, she has said that the mullahs’ sharia law will be abolished in the future Iran and all discriminatory laws will be repealed after the overthrow of the regime.