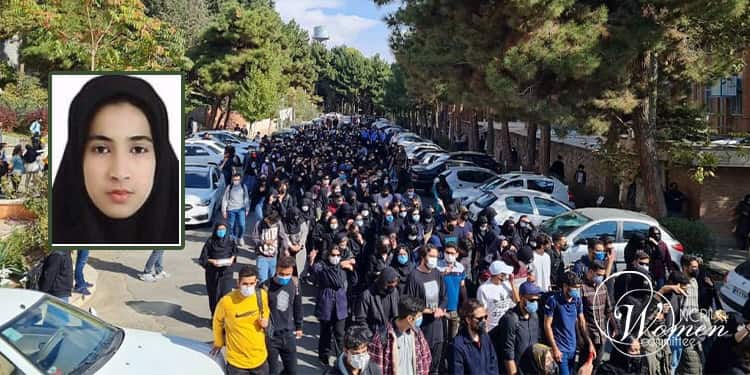 The Iran uprising continued on Day 51, Saturday, November 5, 2022, despite a bloody crackdown on Friday in Khash, south-eastern Iran, which left at least 20 dead and more than 60 wounded.

Authorities on various campuses inspected the students’ backpacks and purses. They even insulted them before allowing them to enter the campus. The inspections occurred in the Sharif University of Technology and Azad University-North Branch. Students at a university in Mashhad reported similar checks.

Security services and plainclothes agents attacked students at Amir Kabir University. They warned students of Allameh University that they would be expelled from the university if they continued to hold protests.

The head of security at Tehran University threatened the students that he would call armed military troops stationed nearby to come and take away the protesting students.

At the Azad University of Sanandaj, a special motorized guards’ unit was stationed near the university.

A young Baluch woman might face death if proven that she led the riots in Zahedan.

Faezeh Barahuii, 24, studied at the Azad University of Zahedan. The authorities accuse her of leading the riots. But her fellow students say she had only insisted on investigations into the rape of a 15-year-old Baluch girl by the Commander of the State Security Force in Chabahar.

Faezeh Barahuii was arrested on October 3, 2022, three days after the bloody crackdown on the protests by worshipers in Zahedan. The Revolutionary Court of Zahedan held her trial on November 1, and the verdict will be handed down in 20 days.

The clerical regime executed her father 12 years ago.

The National Council of Resistance of Iran has published the names of more than 300 protesters killed by security forces during the protests. Dozens of women are among them, including:

Diana Mahmoudi, 8, was killed by security forces in Piranshahr, West Azerbaijan, on October 29.

Farzaneh Kazemi was killed in Qazvin.