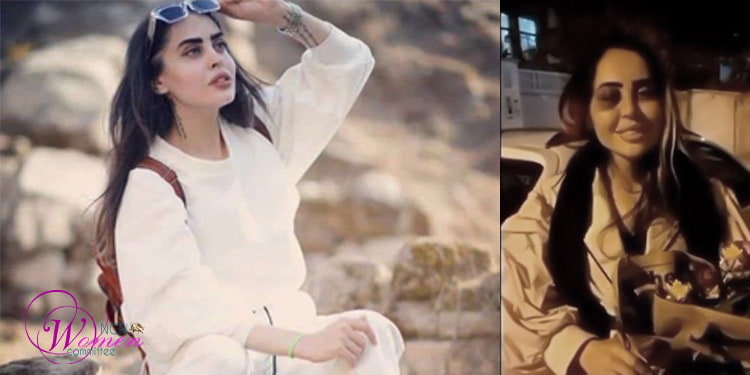 Mina Yaghoubi was temporarily released on bail. A black bruise around her eye is obvious sign of what she has been through in jail.

Mina Yaghoubi was released on bail at 3 a.m. on Thursday, December 1, 2022. Dark bruises around her eye showed that she had been viciously tortured while in detention.

Mina Yaghoubi, 33, was reportedly arrested during protests in Arak on November 1 for throwing stones at a cemetery. She has a 12-year-old son and is a bodybuilding coach. Security forces kidnapped her outside the bodybuilding club where she worked.

The Justice Department of Arak announced that Mina Yaghoubi had twice attempted to commit suicide. Once, she threw herself from the prison’s second floor, a claim by the department which Ms. Yaghoubi flatly rejected.

The bruise around her eye is said to be due to heavy blows to her head and forehead.

Iranian women speak out on Day 78 of Iran’s uprising

The people of Zahedan took to the streets this Friday, December 2, 2022, after the Friday prayer on Day 78 of the Iran uprising. Women of Zahedan also marched with the crowd of worshipers. They chanted, “With or without the Hijab, we’re heading for a revolution.”

People also took to the streets of Iranshahr, Khash, Zahak, and Chabahar. With chants of “Death to Khamenei” and “Death to the dictator,” they called for the regime’s overthrow despite IRGC shooting on the crowd and helicopters hovering over the city.

In the 40-day memorial of Sina Malayeri in Arak, people chanted, “Death to the child-killing regime.”

In Izeh, people gathered to bury and pay tribute to Hamed Salahshur, murdered by the IRGC in detention and under torture. Women in this ceremony chanted, “Seyed Ali (Khamenei) will be overthrown this year!”

At the funeral of Shouresh Niknam, who was killed by security forces in Mahabad, his wife cries out, “A martyr never dies.” She told her daughter her father was fine and his wounds were healed.

In Bandar Anzali, people gathered to bury Mehran Samak, 27, who was killed by security forces for honking his car’s horn, celebrating the Iranian football team’s loss to the U.S. Iranian people resented the national football team’s meeting with Ebrahim Raisi before leaving for Doha. In Mehran’s funeral, they chant, “We fight, and we die to take back Iran!”