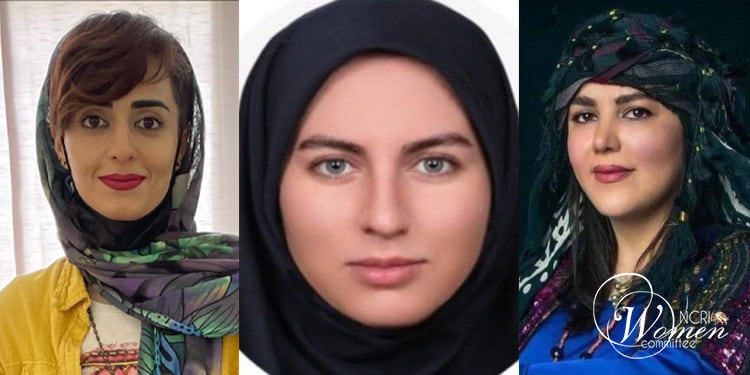 An elite Ph.D. student was killed at Tehran University by security services on December 4, 2022, according to social media reports. Zahra Jalilian, 30, studied Electrical Engineering at the School of Technology.

The circumstances of her death are suspicious; the authorities of Tehran University said she had committed suicide due to differences with her professor over the publication of her article. Social media reports, however, said she had been arrested during protests in Tehran and killed by IRGC forces under torture.

Zahra Jalilian’s family is under pressure to declare she committed suicide. But they say she had recently received a scholarship from Germany. She was full of a love of life and sciences and enthusiastic about continuing her education.

In other news, the intelligence services abducted Shiva Mafakher, who has a Ph.D. in math. Ms. Mafakher taught at Sajjad high school in Sanandaj. She refused to allow security forces to remove student protesters from her class.

She has been forcibly disappeared since November 29, and nobody knows her whereabouts.

Another detained protester is Nassim Mardookhi, 36. She earned her living by doing art and craft. She was arrested on her way home on October 15. Security services accused her of writing graffiti on the wall and took her to the notorious Qarchak Prison.

After 49 days of detention, Nassim Mardookhi was charged with “assembly and collusion against national security” and “propaganda against the state.” Her file has been sent to the Revolutionary Court of Tehran, but prison authorities have extended her detention time and do not grant her temporary release.

On Day 84 of the Iran uprising, the family and friends of Sarina Saedi gathered at her grave site to commemorate her on the 40th day after her death. They chanted anti-regime slogans, including “Death to the dictators.”

Young women and men of Tehran also gathered in Sattarkhan Ave. to protest the execution of Mohsen Shekari on Thursday morning, December 8. They chanted, “Death to the dictator,” “Death to Khamenei,” “I will kill whoever killed my brother,” and “Freedom, freedom, freedom!”

Mohsen Shekari, 23, had blocked Sattarkhan Ave. during protests in Tehran. He was arrested on September 25 and charged with Moharebeh (waging war on God) for blocking the streets.

On Human Rights Day, a call to action to save lives in Iran