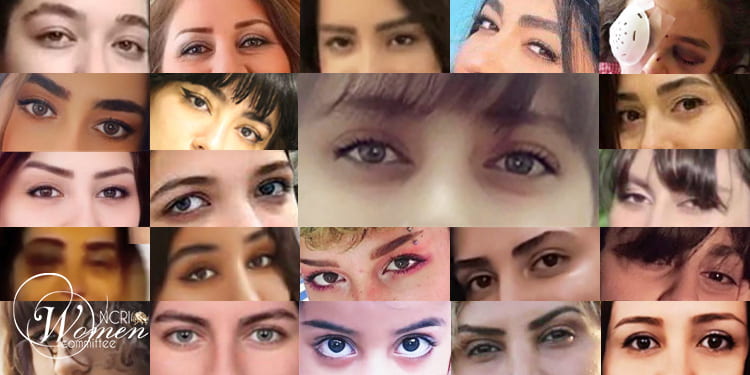 Iranian women look on to you to deliver on democratic values

On Human Rights Day, a call to action to save lives in Iran

On this Human Rights Day, the people of Iran, especially the courageous women of Iran, look on to the world to deliver on their democratic values and take meaningful action

On this Human Rights Day, here is a call on democratic governments to stand for the democratic values humanity has gained at the price of countless lives. Let us begin the year-long campaign to promote and recognize the 75th anniversary of the Universal Declaration of Human Rights by supporting the most basic human rights of the brave people of Iran, women and men, young and old, Baluch, Kurd, Turk, Arab, and Fars, who are fettered in the clutches of a ruthless regime.

In the past three months alone, the clerical regime has taken the lives of at least 700 protesters demanding to be able to exercise their fundamental rights as enshrined in the Universal Declaration of Human Rights. The regime deprived them of the right to life, the first right enshrined in the UDHR.

Yesterday, December 8, the regime took the life of Mohsen Shekari, only 23, for daring to protest the mullahs’ tyrannical rule. He was the first protester to be executed. The mullahs’ Judiciary has handed down the same verdict for at least 39 others. The Judiciary’s spokesman openly declared that these death sentences are “preventive,” seeking to teach a lesson to all.

Mohsen Shekari was sentenced to death after a summary trial while he had no access to a lawyer.

None of those charged with “Corruption on Earth” and “Waging war on God (Moharebeh)” have had fair trials or access to proper legal representation. In some cases, of the two trial sessions, only one was convened, and the death sentence was issued without calling the court for a second time.

The Iranian Resistance has obtained and verified the names of at least 580 protesters killed by the ruthless IRGC forces in the streets. They include at least 61 women and 65 children. At least 28 protesters have been killed under torture.

Thousands more are lingering in jails, tortured to confess to crimes they have not committed.

The regime openly uses sexual violence against the women they arrest. We recently received a report that a young student activist was arrested in the street. She was thrown into the State Security Force van. Security agents tied her hands and feet to the car. They raped her instantly upon arrest before arriving at the jail. Armita Abbasi was gang-raped numerous times. And, of course, sexual assaults are not limited to women.

And these are just a few reports leaked out to the media from countless others committed secretly without anyone finding out. Democratic governments must stand up to such barbarity.

The methods security forces use in the streets to arrest the protestors and to quash the protests are all, without any exception, violations of international law.

They attack high schools and brutalize young students for tearing off the pictures of Khomeini and Khamenei from their textbooks. In dozens of instances, such attacks have led to the deaths of young girls.

Forced disappearances and kidnapping of young women and men from their homes and dormitories are common.

The regime’s so-called security forces mob attack young women and men in the streets and beat them to death. And they shoot indiscriminately into people’s homes and cars, blinding children and killing women who were not even in the protests.

They steal the bodies of the dead, burying them secretly in remote locations and covering their graves with concrete to hide the evidence of their atrocities or receiving exorbitant sums of money from their families to give the body back. Even when they give back the bodies, they do not let the families hold a mourning ceremony.

Simply put, the clerical regime has practically legalized all violations of fundamental human rights and international law and routinely and widely practices them across the country. In the absence of concrete measures to stop such atrocities, the regime has continued its inhuman ways for the past 43 years. As if Iran is a Ghetto where Nazis are free to shoot at will.

The regime has executed a young man for wounding a Bassij agent during the protests. Yet it has failed to prosecute a single individual for killing one out of at least 700 protesters or those raped and tortured to death in prisons.

The Iranian regime has perpetuated these crimes against humanity in Iran with impunity for the past four decades. They have openly declared that they would not cooperate with the independent international fact-finding mission as adopted by the UN Human Rights Council in a special session on November 24.

In the same way that the democratic world is united in supporting Ukraine against the Russian invasion, they need to act against the evil regime in Iran that is a threat to global peace and security.

The democratic world must take a strong stance against Iran’s evil and medieval mullah regime. The world community should take sides with the Iranian people and their desire for a free and democratic republic that respects all their human rights. They should recognize the Iranian people’s right to defend themselves in the face of such a ruthless, inhuman regime.

The UN Security Council needs to reactivate its resolutions on Iran. It also needs to set up an international tribunal where Khamenei, Raisi, and the rest of the regime officials face justice and be held accountable.

Democratic governments should recall their ambassadors from Iran, shut down the regime’s embassies in their own countries, and expel their diplomats and operatives from their soil. They should blacklist the IRGC in its entirety as a terrorist entity.

On this Human Rights Day, the people of Iran, especially the courageous women of Iran, look on to the world to deliver on their democratic values and take meaningful action.