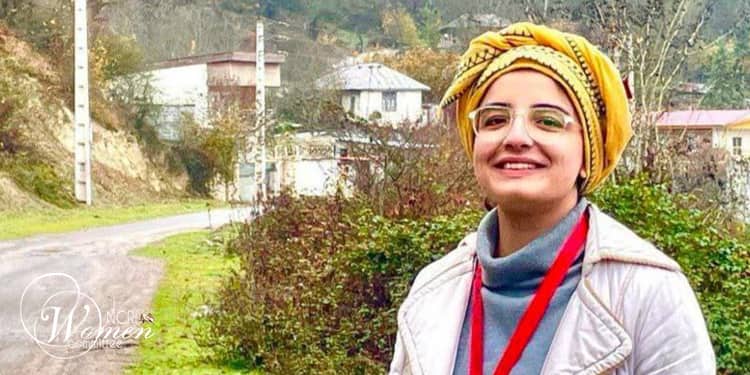 Elaheh Jabbari found dumped in the street with shaved head

Elaheh Jabbari was sexually assaulted during three days of interrogation

Elaheh Jabbari was found dumped in the street in Tehran on Friday, December 9, the Iranian Student Council reported on Sunday, December 11, 2022.

Elaheh Jabbari was injured, and her head had been shaved. She had been sexually assaulted during three days of interrogation.

Security forces kidnapped Elaheh Jabbari on December 5 and took her to an unknown location. Elaheh Jabbari has a B.A. in psychology from Tehran University. She is from Sistan and Baluchestan but lives in the capital.

To confront and quash the Iran uprising that will soon enter its fourth month, the clerical regime has embarked on a spree of rounding up students and activists. Following are a few of the recent cases.

Security forces also arrested Reyhaneh Hadipour at her residence on December 7. Ms. Hadipour is a master’s student of Electrical Engineering at Khajeh Nasir University in Tehran.

Atefeh Shamasi, a resident of Ahvaz, was arrested at her workplace on December 6, 2022. Security forces took her to an unknown location. They confiscated some of her digital appliances, including her mobile phone, computer, and the CCTV of her workplace.

Atefeh Shamasi is an artist who teaches the decoration of cakes and pastries.

It was also reported that Elaheh Mir-Mehdi and her husband had been arrested and detained in Shahinshahr, Isfahan Province. Ms. Mir-Medi is a tattoo artist. A group of 30 agents broke into her residence on Friday, December 2, 2022, and arrested her. Security forces broke the fingers of her mother during the beating of residents at the time of the arrest.

Ms. Mir-Mehdi, 30, has a bachelor’s degree in painting from the Art University of Isfahan. Her husband was also arrested on December 7 when he went to the police station to inquire about his wife.

Niloufar Najafpour, a student of the environment at the University of Kurdistan, was also among those arrested by security forces on November 27, 2022. The university’s president, Dr. Qaderzadeh, and the deputy head of security, Samiifar, collaborated to have her arrested.

Two weeks after her arrest, still, no one knows about her place of detention. She suffers from MS, and her family is concerned about her health.

Maryam Sahebdel had been arrested in the early days of the nationwide uprising but was released after she signed a commitment not to repeat such activities.

Sara Safari Rad, 19, from Shiraz, was arrested at home on November 15. Her case is still in limbo.

Sara and her three cousins, Fatemeh Safari Rad, 16, Ghazal Safari Rad, and Zahra Ataii, 20, were arrested and transferred to Adelabad Prison of Shiraz.

Sara has not had any contact with her family since her arrest and detention. Safari Rad family believes that a video broadcast by the state-run Fars news agency of the forced confessions of a detainee belonged to Sara, something that has increased their concern and worries about their daughter.

There is no report on the conditions of Leily Pourbaba, who was arrested on November 2, 2022. Ms. Pourbaba (a.k.a. Afsoun), 31, from Tabriz, was arrested for her activities on social media. More than one month into her arrest, she has not stood trial, and her case stays in limbo. Her family is concerned about her condition as they have no news.