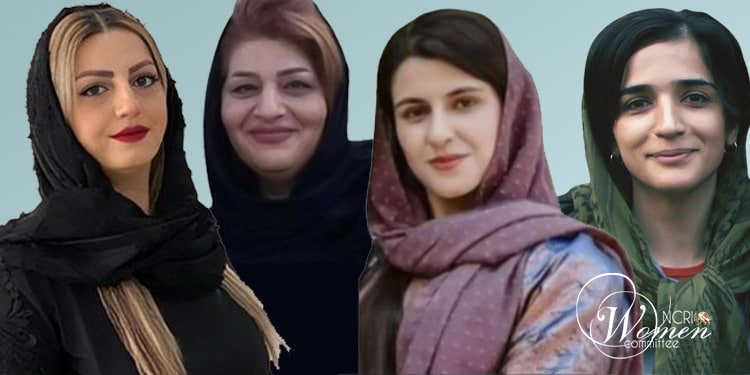 State forces kidnapped Bita Veisi, a physical education student, during the protests on December 10 at the Girls’ Technical College of Sanandaj.

Bita Veisi, 20 years old and a native of Paveh, was kidnapped in front of the Girls’ Technical College of Sanandaj located in Keshavarz township. No information is available on her whereabouts and conditions.

In addition to Bita Veisi, security forces raided the residence of Marjan Davoudi in Tehran on Sunday, December 11, violently arresting her.

Ms. Davoudi was transferred to Evin Prison for interrogation. Her personal belongings were confiscated. Ms. Davoudi recently underwent two angiography procedures and suffers from heart disease; There is a possibility of threatening his health in the detention center.

The Kurdish civil activist is originally from Qasr-e Shirin.

Tehran’s Revolutionary Court sentenced Roghieh Bigdeli to 6 months in prison, two years of ban on leaving the country, and other social exclusions.

Roghieh Bigdeli, a civil and women’s rights activist and former political prisoner, went to Tehran Security Police on October 27 after being summoned by phone several times. She was arrested without any explanation and transferred to Qarchak Prison in Varamin.

On Monday, November 21, Mrs. Bigdeli’s trial was held at branch 26 of Tehran’s Revolutionary Court to examine her charge of “propaganda against the regime.” She was finally released from Qarchak Prison on Tuesday, November 29.

Roghieh Bigdeli is the daughter of Mohammad Ali and a resident of Karaj. The punishments of Ms. Bigdeli also include studying humanities in a seminary for 2 hours every week for two months, and she is also prohibited from using a smartphone.

Political prisoner Leila Hosseinzadeh denied the false statements made by the Chief Justice of Fars Province, Kazem Mousavi, that she did not cooperate with the medical treatment.

Leila Hosseinzadeh, incarcerated in Adel Abad prison in Shiraz, emphasized in a message from prison, “I have requested to be sent to a doctor many times, and so far, no medical treatment has been done for me.” She added, “From the time of my arrest, until now, someone who introduced himself as an internist saw me only once, which did not lead to any medical examination of me at all… They even concealed the results of the Forensic Medicine Commission from me for several months.”

Leila Hosseinzadeh requested an examination by a trusted doctor and specialized tests to be done “away from security interference.”

Leila Hosseinzadeh said in a high spirit that although she is ill and incarcerated “against their own laws,” “I am lively and laughing, trying to overcome fear and I am standing with all those who are standing. Do not worry about me. Although there is suffering in our struggle against the deadly ruling government, we must reinforce life’s dynamism.”

Seyyed Kazem Mousavi, Chief Justice of Fars Province, in an interview with Mizan news agency on December 7, claimed that they had offered medical treatment to Ms. Hosseinzadeh, but “the patient refused to cooperate.”

Leila Hosseinzadeh’s lawyer, Amir Raisian, said that in addition to the Crohn’s disease that Leila Hosseinzadeh was already suffering from, new symptoms have appeared in her. According to a specialist doctor, they might be signs of the immune system attacking the body’s veins and arteries. “Vasculitis” and eye attack is “uveitis” (ophthalmic rheumatism).

Mrs. Rajavi welcomes the regime's expulsion from UN Commission on Status of Women