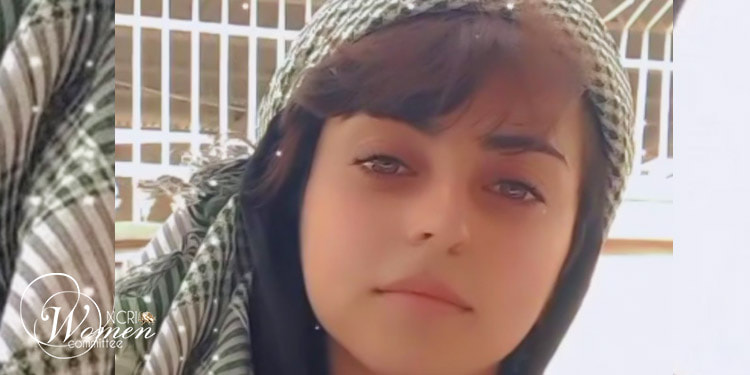 Security forces arrested Sonia Sharifi, 17, in the city of Abdanan, Ilam, on November 19 for participating in anti-regime protests. They transferred her to the women’s ward of the Central Prison of Ilam.

Sonia Sharifi has been deprived of access to a lawyer. The court has not accepted a lawyer for her case.

One of the Revolutionary Court branches has arraigned Sonia Sharifi on her charges.

Security forces pressured her to make false confessions and say that she had made Molotov Cocktails and written slogans on walls.

Sonia Sharifi, a high school student, is detained in the Reform and Rehabilitation Center of Ilam.

The Public and Revolutionary Prosecutor’s Office of Abdanan has refused to provide precise information to Ms. Sharifi’s family and refrained from accepting a lawyer for her case.

In a tweet, a German MP declared that she would undertake the “political sponsorship for her and I am committed to her release!”

According to the clerical regime’s Sharia law, those charged with Moharebeh can be punished by death.

On December 12, 2022, the mullahs’ Chief of Judiciary, Mohseni Ejei, told the meeting of the Supreme Judiciary Council that the choice of punishment for Moharebeh rests with the judge, who can hand down either of four sentences: execution, crucifixion, cutting off the right hand and left leg, and banishment to a remote location.

The Iranian regime has the world’s top record for per capita executions and execution of women.

The world should recognize the right of Iranian youths to self-defense in fighting the ruthless clerical regime as stipulated in the Universal Declaration of Human Rights.