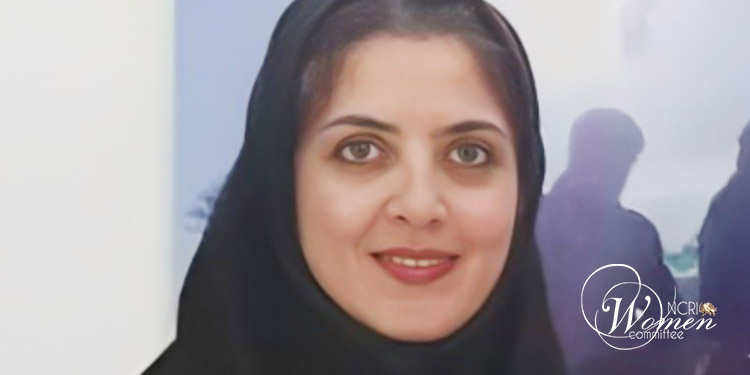 Ziba Omidifar, the reporter for the Kurdpress News Agency, was taken to Kowsar Hospital in Sanandaj by IRGC security forces on the morning of December 15, a week after being arrested and transferred to the detention center of IRGC Intelligence Organization in Sanandaj, the capital of Kurdistan Province.

According to informed sources, the Kurdish journalist was tortured and harassed during a week of detention, and her level of consciousness decreased drastically on the evening of December 14. According to hospital personnel, Ziba Omidifar should be immediately returned to the detention center after initial treatment.

Ziba Omidifar was arrested on Thursday, December 8, in Qorveh, one of the cities of Kurdistan Province in western Iran. Ziba Omidifar was transferred to the Sanandaj Revolutionary Guard Intelligence detention center for questioning.

At the same time, the clerical regime’s security forces and intelligence agents arrest innocent people and protesters. In this link, you can watch the painful scene of the violent arrest of a man and a woman in Karaj.

Security agents attacked Sowgol Borji’s house in Tehran’s Ekbatan district at 4 am on December 15 and took her away. They took her and her mother’s phone, and there is no news of her anymore. Sowgol Borji has only her mother.

These days, more names of those arrested some time ago and no news from them are circulating on social media.

Zohreh Tavangar was arrested by plainclothes forces during the public protests on November 15 in Zarrinshahr of Isfahan and taken to an undisclosed location.

Saeedeh Mohammadi was sentenced to 5 years of imprisonment in the first round of her trial. She was also banned from leaving the country for two years.

Saeedeh Mohammadi, 31, the daughter of Mohammad Karim from Kouhdasht of Lorestan, lives in Tehran. She has a bachelor’s degree in law from Lorestan University.

Saeedeh Mohammadi was arrested 93 days ago, on September 18, at Tehran’s Vali Asr intersection for holding a paper bearing the name of Mahsa Amini. She is currently detained in the quarantine (security ward) of Qarchak prison.

They have set a 600 million Toman bail for Saeedeh for temporary release until the appeal court convenes. Saeedeh’s father is deceased, and her mother cannot provide bail. Her mother has been threatened to remain silent.

On Monday, December 12, 2022, Branch 1 of the Revolutionary Court of Tabriz sentenced Maedeh Owlad Qaregoz to 16 months in prison, 2 years of ban on leaving the country, eight million tomans fine, and confiscation of her phone. Maedeh is charged with ‘’propaganda against the state” through posting two Instagram stories.

Twelve months of this prison sentence can be converted into a fine instead of imprisonment, forcing the family to pay the equivalent of the tuition for 20 semesters.

The NCRI Women’s Committee calls for the immediate release of all detained protesters and urges the UN human rights entities, the special rapporteur on the human rights situation in Iran, and the fact-finding mission to visit Iranian prisons and talk especially to political prisoners and female detainees.