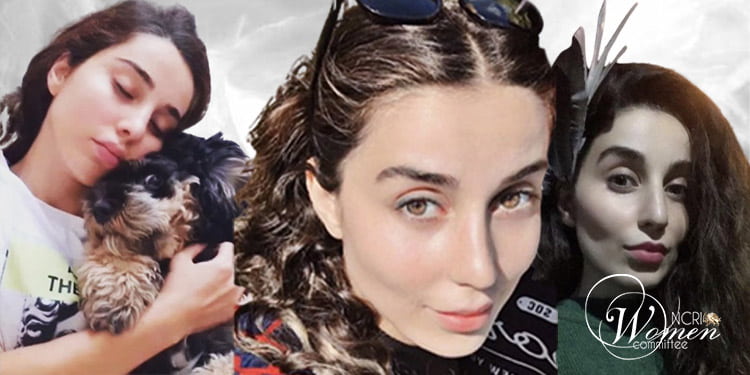 To break and force her to confess, the interrogators lied to her. They said her brother, who had just undergone a liver transplant, was tortured in the adjacent room and that her mother had died.

An informed source said the interrogators told Elham they had arrested several people. If she admitted that she was the leader of that group, they would release her.

The source added that Elham suffers from genetic liver disease. Due to the harassment under interrogation, she suffered a severe drop in blood pressure and body numbness. But the interrogators said they would send her to the hospital if she accepted their scenario; otherwise, they would keep her there without treatment.

On Wednesday, November 2, 2022, Elham Modarresi was arrested by the government forces at her home in Fardis, Karaj. She was subsequently transferred to Kachouii Prison. She was denied access to a lawyer and her case during her detention. She suffers from liver and intestinal diseases, which could lead to death under pressure.

She is facing charges such as “damaging facilities,” “disturbing public order and calm,” “inciting people to kill,” and “propaganda against the state.” Elham Modarresi was her family’s breadwinner and cared for her sick brother and elderly mother.

Environmental reporter Mehrnoush Tafian sentenced to one year in prison

The preliminary court of branch one of the Ahvaz Revolutionary Court sentenced Mehrnoush Tafian, a local journalist in Khuzestan province, to one year in jail on the charge of “conducting propagandistic activities against the state by covering the news of the protests.”

Mehrnoush Tafian was arrested in Ahvaz on September 28 and is currently serving three months and ten days of her previous sentence for “spreading falsehoods” in Sepidar prison in Ahvaz. She has 20 days to appeal the new ruling.

Mehrnoush Tafian covered environmental and social news and wrote about the problems of Khuzestan.

Arrest and imprisonment of students and activists

Security forces violently arrested Mahsa Farrokhnia, a resident of Shahrud, in mid-November. There is still no accurate information available about her condition.

Massoumeh Ajdadi, an engineering physics student at Buin Zahra Faculty of Engineering, was arrested by the security forces in Karaj on November 2. After her arrest, she was transferred to Evin prison and denied visits and phone calls during her detention. Ms. Ajdadi comes from Rasht and lived in the university’s dormitory.

Negar Tavousi, a student of English language teaching at Tehran’s Azad University, Science and Research Branch, was arrested by security forces in Tehran on Saturday, November 12, 2022. Ms. Tavousi has been detained in the Intelligence Ministry Ward 209 of Evin Prison.

Vahideh Khanpour, a graduate of applied arts (carpet) from Tehran’s Art University, was arrested by security forces at her home in Tabriz on December 14 and taken to an unknown location. So far, there is no information about the charges against her and her whereabouts.

Pardis Tavakkoli, a stage design student of Tehran University, was arrested by the security forces on December 7 and taken to the Intelligence Ministry Ward 209 of Evin Prison. Despite her family’s repeated inquiries, the authorities refuse to give a clear answer about her condition.

Also, Kimia Karimi, a physics student and a member of the volleyball team of Tehran’s Khajeh Nasir University, was arrested by security forces on December 7 and taken to an undisclosed location.

On December 14, 2022, security forces in Sanandaj kidnapped four students of the Girls’ Technical College in the street without presenting an arrest warrant. The names of the abducted students are Tina Khedri (graphics student), Sana Khodamoradi, Rezvan Bazani Qaleh (graphics student), and Hanieh Chahardoli. Eyewitnesses said the security forces were waiting in a car with a private license plate in front of the students’ dormitory entrance.

Flogging and prison sentences for detainees of nationwide Iran protests