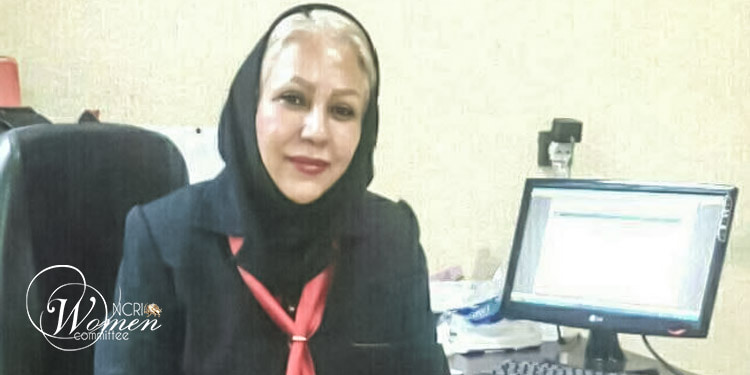 Dr. Afsaneh Sadat Modabber was arrested at her workplace on Tuesday, December 20, 2022. Three male and one female agent entered her workplace, a drug addiction clinic, with fake documents. The agents introduced themselves as representatives from the anti-narcotics headquarters. After they arrested Dr. Afsaneh Sadat Modabber, they took CCTV footage of the clinic with them.

Dr. Afsaneh Sadat Modabber has not had any contact with her family since her arrest.

Dr. Afsaneh Sadat Modabber warned at the outset of the coronavirus pandemic over the virus outbreak in Iranian prisons.

Meanwhile, Zahra Hassani Abiz, a psychologist and manager of a counseling center, was arrested. Some 41 days later, even though her family paid a bail of 1 million tomans for her temporary release, she is still in detention at the Ministry of Intelligence’s detention center, Ward 209 of Evin Prison. Her condition is unknown.

Dr. Hassani Abiz remains in detention and has not had any contact or visit in the last two weeks. Dr. Abiz’s daughter released a video in which she said, “We have no information about the reason for her arrest and the charges against her. We consider these actions as pressure to extract false confessions from her and nothing else.”

According to Ms. Abiz’s daughter, her mother spent her youth as a teacher in underprivileged areas, and after graduating, she worked as a psychologist in the Welfare Organization. She has always thought of the needy; her job is to heal and listen to the voices of suffering people.

During Dr. Ayda Rostami’s 7th-day memorial ceremony in Gorgan on December 20, security forces violently arrested Marjan Taleshian Jelodarzadeh. Reza Taleshian Jelodarzadeh, a journalist and her brother, wrote on his personal page, “My sister is the mother of two children, a girl (Mahsima) and a boy (Mahan); one is a schoolchild, and the other is a university student.”

Arrest and conviction of lawyers

Intelligence agents raided the home of Maryam Sadrnia, a Justice Ministry lawyer, on December 8. The agents also arrested her guest, Matineh Khodayar, a 35-year-old sports coach, and took them to an unknown location. Maryam Sadrnia, 34, was a member of the Imam Ali Society, a charity NGO dissolved due to complaints by security services.

Moreover, another lawyer, Negin Kiani, was sentenced to 1 year in prison. She is a member of the East Azerbaijan Lawyers Association and was arrested on October 23 and subsequently transferred to Tabriz prison. In addition to her 1-year sentence, she was banned from leaving the country, and her mobile phone was confiscated on charges of “propaganda against the state.”

Detention of a reporter

On Sunday, December 11, 2022, Maryam Qannad, a reporter from IRNA, the official news agency, was arrested by security forces in Tehran.

An informed source said that during a brief call with her family, Maryam announced that she had been transferred to the Ministry of Intelligence detention center in Evin Prison’s Ward 209. As of this writing, no information is available about the charges brought against her.

Abduction of students and transfer to Evin prison

Zohreh Ali Akbari Jam, a student activist from Zanjan and an art graduate of Tarbiat Modarres University, was kidnapped on Monday night, December 19, 2022, in Tehran. She announced in a call that she is being held in Evin Prison.

Zohreh Ali Akbari Jam is in urgent need of a corneal transplant. On the day of her arrest, she had been undergoing eye treatment. Given the condition of her eyesight, she cannot bear the pressure of imprisonment.

In addition, Farnoosh Farzan was abducted from the entrance of the dormitory on Monday, December 19, and was taken to Evin Prison. Farnoosh Farzan is a psychology student at the University of Welfare and Rehabilitation Sciences. Due to her autoimmune and heart diseases, she must take medicine continuously and be under the supervision of a doctor. Because of the lack of access to medicine and medical care, her life is in danger.

On Thursday, December 15, another student named Parisa Habibian was arrested by security forces. Parisa Habibian is a Chinese language translator and a graduate of Melli University (a.k.a. Beheshti). After arresting her, officers sealed her house and transferred her to Ward 209 of Evin Prison. There is still no information about the charges brought against her.

Another student, Hamideh Zeraii, was arrested on November 3, 2022, during the 40-day memorial of Hadis Najafi in Karaj. She is still detained in Kachouii Prison, and her condition is unknown. Hamideh Zeraii is a 37-year-old resident of Tehran and a senior student of financial management at the Research and Sciences Branch of Tehran’s Azad University. Thus far, she has not been allowed to see her family. She was accused of chanting slogans.