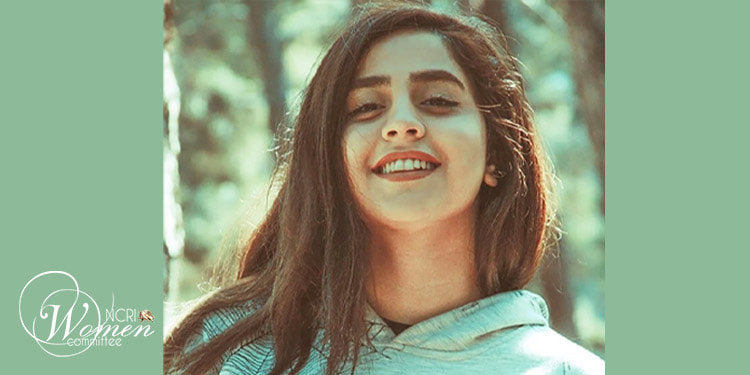 Shaghayegh Khademi was sentenced to 16 years in prison.

Shaghayegh Khademi, 23 years old, was abducted at 4 a.m. on September 21, 2022, when security forces attacked her home. She was detained in Ward 209 of Evin Prison before October 15 when a fire broke out in the prison. After that, she was transferred to Qarchak Prison in Varamin.

According to the verdict recently issued by Branch 15 of Tehran Revolutionary Court headed by Judge Abolghasem Salavati, Ms. Shaghayegh Khademi has been sentenced to 16 years in prison.

Shaghayegh Khademi was sentenced to 16 years in prison on November 19, 2022, in Branch 15 of the Revolutionary Court. She has objected to this sentence, but Salvati, the judge of the trial and appeal courts, did not allow a lawyer to enter the case.

Jasmin Haj Mirza Mohammadi, one of the women arrested during the nationwide protests, was sentenced to 5 years in prison. She was arrested on November 3 in Behesht-e Sakineh, Karaj, and is currently detained in Kachouii Prison, Karaj.

Jasmin Haj Mirza Mohammadi is a student of pottery and ceramics at Soura University. So far, there is no information about the charges brought against her.

Nazanin Ahmadipour, a 16-year-old teenager, was sentenced to 6 months imprisonment and a fine of 25 million tomans by the Criminal Branch 103 of Zahedan Court. Her charge is “propaganda against the state, participating in protests, and inciting people to participate in protests.”

Nazanin Ahmadipour was arrested by the security forces in Chabahar on October 28 and was released on November 17 after posting bail. The sentence was announced to the family of Nazanin Ahmadipour on Wednesday, December 21, during a phone call. Nazanin Ahmadipour, born on July 17, 2006, is the daughter of Mansour and a resident of Chabahar.

Two years of imprisonment for Nayyer Sanandajian for participating in protests

Two civil activists living in Tabriz, Nayyer Sanandajian Hakamabadi, and her husband, Mehrdad Alaei Vali, were arrested by security forces on October 8, 2022, near the Shahnaz intersection while boarding a bus. They have been incarcerated in Tabriz Central Prison without access to a lawyer and without bail.

They are accused of “assembly and collusion against national security” by participating in illegal gatherings. The court has sentenced each to two years of imprisonment and a two-year ban on leaving the country. This ruling has been upheld by the Court of Appeal.

Kidnapping protesters and taking them to jail

On the evening of Monday, December 19, 2022, Parisa Habibpour, from Urmia, was kidnapped by the security forces while she was at the passenger terminal of Sanandaj as she was taking a bus to Tehran.

Parisa Habibpour, 21 years old, is a student of economics at Kurdistan University. Ms. Habibpour has an acute stomach disease, and her health will be in danger if she does not have access to a doctor and medicine.

Mohana Kameli, a 24-year-old resident of Tehran, was abducted by IRGC Intelligence agents on December 12 from her home in Haft Hose, Narmak, and was taken to an unknown place.

About a month and a half ago, Mohana Kameli was hit by a bullet in her leg, and her left hand was broken and in plaster due to being run over by a security forces motorcycle. Mohana’s father has passed away, and her mother cannot follow her fate due to cancer.