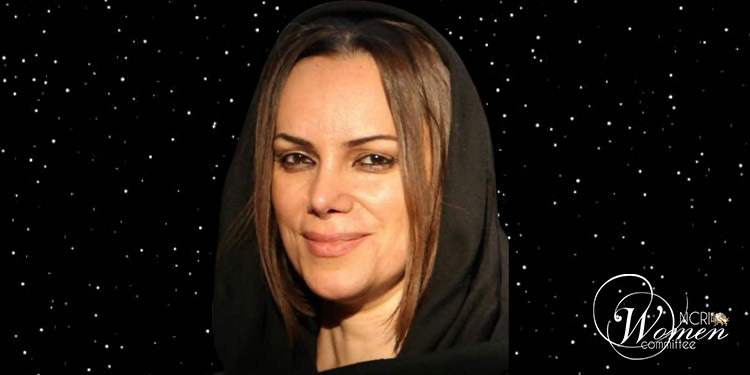 On Day 100 of the nationwide Iran uprising, Pari Aghaii and three female Kurd and Lor protestors are sentenced to 5 to 12 years in prison.

On Day 100 of the nationwide Iran uprising, the people of Iran held protests and demonstrations in Tehran and various cities, including Isfahan, Babol, Mashhad, Fardis, and Golshahr in Karaj, Bandar Abbas, and Sanandaj.

Courageous women chanted slogans in Haft Hose, Narmak, in Tehran during nightly demonstrations, “Bloodthirsty Khamenei, we shall bring you down.”

At the same time, the clerical regime continues to arbitrarily arrest and hand down heavy sentences to detained protesters in a bid to stop the protests. Below are a few reports:

Pari Aghaii was sentenced to 12 years in prison

The Tehran Revolutionary Court sentenced Pari Aghaii, the accountant of a non-profit school, to 12 years in prison, a ban on leaving the country, and other social deprivations.

Pari Aghaii, 49, was arrested by the security forces on October 16, 2022, and was released from Qarchak prison on December 19 after posting bail.

The two Lor sisters, protesters, sentenced to 5 years in prison each

The Revolutionary Court of Dehloran sentenced Fatemeh and Golnaz Beigpour, two sisters from Dehloran, to 5 years in prison each.

Fatemeh and Golnaz Beigpour were arrested on Wednesday, September 21, 2022, and after a month in prison, they were conditionally released on bail.

They were deprived of their most basic rights during their detention, including having visitations and access to a lawyer, and in some cases, they were subjected to severe torture.

From this family, three brothers and Fatemeh’s husband were also arrested on November 22, December 8, 12, and 22 and transferred to the Central Prison of Ilam.

Rojine (Marzieh) Yousefzadeh, 26 years old and from Mahabad, was arrested about three months ago during nationwide protests in Tehran and was transferred to Qarchak prison of Varamin. She has been deprived of having a lawyer of her choice.

A bail of 1 billion tomans has been set for Rojine Yousefzadeh, but due to her family’s financial inability to pay it, she is still in Qarchak prison.

The first branch of the Revolutionary Court of Sanandaj held a hearing on the charges against Nazanin Zahra Sarvi on December 18, 2022.

Nazanin Zahra Sarvi is a Ph.D. student in architecture at Kurdistan University.

She was arrested by state forces on November 4, 2022, and was released from prison on November 16.

Nazanin Zahra Sarvi appeared in court without permission to present a defense. Her charges include “assembly and collusion against national security.” This charge was brought against her by the security services based on the forced confession of another detainee and had no legal validity.

Also, the monetary value of her bail was increased to 500 million and then to 3 billion tomans, respectively, by the investigator and the court judge.

Mojgan Kavousi, a Kurdish writer, researcher, and mother language rights activist was accused of “corruption on earth” in court on December 20, 2022.

The first branch of the Sari Revolutionary Court examined charges of “corruption on Earth, insulting the leader, publishing lies, propaganda against the state, and inciting people to war and killing with the intention of disrupting national security and cooperating with hostile countries.”

Mojgan Kavousi is a Yarsan follower from Kalardasht, Mazandaran.

Ms. Kavousi was arrested by intelligence agents at her home in Nowshahr on September 22, 2022, and transferred to the detention center of the Sari Intelligence Department. After the interrogation, she was transferred to Tanekabon prison.

Soha Etebari, 12, arbitrarily shot and killed inside her family’s car