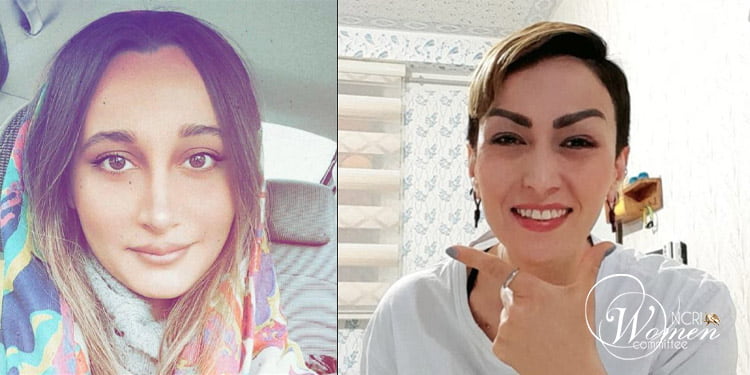 Iran’s ruling clerical regime continues to issue sentences of imprisonment and flogging for the detained protestors during unfair trials. Mahsa Pairavi, one of the detainees of the nationwide protests in Tehran, was sentenced to 10 years in prison on the charge of “encouraging corruption and prostitution.”

Mahsa Pairavi was arrested on October 17, 2022, in Tehran’s Mirdamad Blvd. because she had removed her headscarf and twirled it in the air. Mahsa Pairavi was released later after posting a bail of 2.5 billion Tomans.

Negar Davoudi, 19, from Ilam, is accused of “assembly and collusion against national security” and “propaganda against the state.” She was arrested once in October, and after a month, she was acquitted of the charges. But she was arrested again on November 20, 2022, and was transferred to the women’s ward of the Central Prison of Ilam.

Baluch student Hediyeh Sotoudeh, 20, was sentenced to 4 years in prison.

She was arrested during the Zahedan protests on September 24, 2022, and was released on October 11 after posting bail.

The Revolutionary Court of Zahedan sentenced Hediyeh Sotoudeh to 4 years on the charge of “assembly and collusion against internal security,” on December 27, 2022.

Mina Alikhani sentenced to one year in prison and 74 lashes

She had been sentenced to one year in prison and 74 lashes on the charge of “disturbing public order” in Branch 107 of the Zanjan Criminal Court No. 2.

Branch Two of the Revolutionary Court of Zahedan sentenced Ayda Pourtaghi to 9 months imprisonment and 60 lashes.

Ayda Pourtaghi, 21 years old, is a first-semester student of Mathematical Engineering at Zahedan University and comes from Rasht. She was sentenced to 9 months in prison and 60 lashes on alleged charges of “disturbing public order and peace and attending illegal gatherings.”

The same court also sentenced Setareh Rigi, a 17-year-old Baluch student, to pay a fine of 2.5 million Tomans on charges of “disturbing public order and peace and attending illegal gatherings.”

Ayda Pourtaghi and Setareh Rigi were arrested on November 15 by IRGC intelligence agents in one of the streets of Zahedan. Both were sentenced to conduct a comparative study within two months regarding the hijab and clothing of Iranian women and review the existing laws and regulations related to legal protests in Iran.

The second branch of Zahedan’s Revolutionary Court also sentenced Naghmeh Fattahi Dehnavi to pay a fine of 100 million Tomans in exchange for imprisonment and flogging. She was also sentenced to conduct a scientific investigation regarding the duties and authority of the Minister of Interior regarding the supervision of police and military forces.

During Zahedan’s protests, the 25-year-old Naghmeh Dehnavi Fattahi was arrested by IRGC intelligence on November 15, 2022.