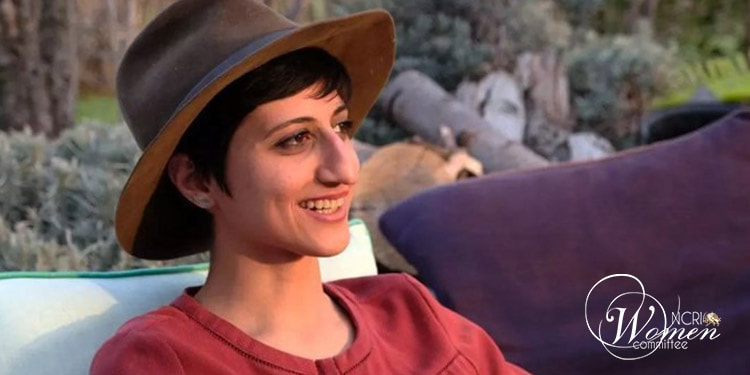 The Judiciary of the mullahs’ regime and its security institutions continue to file cases and issue prison sentences and inhumane punishments for the protestors of the Iran uprising. The Tehran Revolutionary Court sentenced Sepideh Salarvand, an anthropologist, writer, and child rights activist, to two years of imprisonment, two years of ban on leaving the country, a ban on membership in social and political groups, and preparation of 80-page research on issues of love for the homeland and condemnation of treason.

Branch 26 of the Tehran Revolutionary Court, headed by Judge Iman Afshari, issued the ruling and delivered it to Sepideh Salarvand. She has been sentenced to two years in prison on the charge of “assembly and collusion to commit a crime against national security.” Other cases are additional punishments.

Sepideh Salarvand was born in 1991 and is a researcher and master’s graduate in cultural studies from Science and Culture University.

Sepideh Salarvand was arrested by security forces in mid-October and transferred to Ward 209 of Evin prison; then, she was released on temporary bail until the end of the proceedings on October 17, 2022.

5 years of jail for Samaneh Dadgar

The Revolutionary Court of Abhar sentenced Samaneh Dadgar to five years of suspended imprisonment on the charge of “assembly and collusion to act against national security.” Also, Branch 103 of the 2nd Criminal Court of Abhar, headed by Judge Mohammadi, sentenced Samaneh Dadgar to 74 lashes and a fine of three million tomans in place of four months in prison in another part of the case.

Samaneh Dadgar lives in the city of Hidaj in Zajan Province. Security forces arrested her on September 22 during nationwide protests and transferred her to the Prison of Safarabad in Zanjan and then to Abhar Prison. Sometime later, she was temporarily released by posting bail of 500 million tomans until the end of the proceedings.

Branch 26 of the Tehran Revolutionary Court sentenced journalist Vida Rabbani to seven years and three months in prison. If the Court of Appeals approves this sentence, the sentence would be reduced to six years based on Article 134 of the regime’s Penal Code.

Vida Rabbani was sentenced to 6 years in prison on the charge of “assembly and collusion against national security” and 15 months for “propaganda against the state.”

Mrs. Rabbani’s lawyer said he would appeal the decision.

Vida Rabbani was arrested on September 24, 2022, in Tehran. Due to her past activities, she has a record of arrest and conviction.

Sepideh Ahmadkhani, a graduate of the Melli University of Tehran, was sentenced to 6 years in prison, 74 lashes, and additional punishments by the Tehran Revolutionary Court.

Ms. Ahmadkhani was arrested at home on the night of September 23, 2022, and temporarily released after 26 days of detention on a bail of 600 million tomans.

Sepideh Ahmadkhani was also banned from leaving the country, using mobile phones and smart devices, and membership in any political or social group or organization for two years. She must also provide public services at the welfare care center for the elderly in Tehran province for three months, four days a week. She must also write an 80-page research paper on the necessity of security in human societies, condemnation of treason, and love for the homeland.