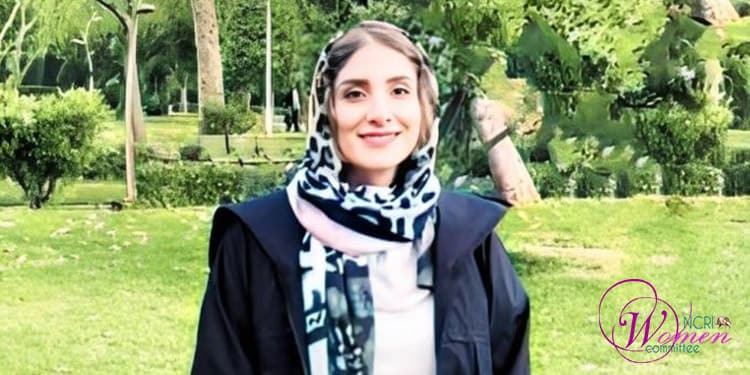 Sepideh Ghalandari was arrested in Tehran in November and finally died under torture.

Her body was handed to her family on January 1, 2023, provided that her family keeps silent about this atrocity.

Sepideh Ghalandari was buried in Mahabad on Monday, January 2, 2023, and her funeral services will be held on Tuesday in Mowlavi Mosque in Mahabad.

Armita Abbasi went on a dry hunger strike in Kachouii Prison of Karaj on Monday, January 2, 2023.

Armita’s mother wrote this: “Armita has started her hunger strike in Kachouii Prison in protest of lack of examination of her case and prolongation of her detention.”

Armita Abbasi was arrested in late September during the protests in Karaj. She was transferred to Kachouii Prison. It is said that she was arrested because of her posts on social media. Her trial is due on January 26.

Armita Abbasi’s name was first known when the physicians and nurses in a hospital posted revelations about repeated sexual assaults on her. She had been taken to the hospital in dangerous conditions. Her body was shaking, and she had internal bleeding.

Elham Modarresi, also detained in Kachouii Prison of Karaj, started a hunger strike on Monday, January 2, 2023. Despite her dire health condition, she went on a hunger strike to protest her continued detention, the bogus charges against her, and the lack of medical care.

To break and force her to confess, the interrogators lied to her. They said her brother, who had just undergone a liver transplant, was tortured in the adjacent room and that her mother had died.

An informed source said the interrogators told Elham they had arrested several people. If she admitted that she was the leader of that group, they would release her.

The source added that Elham suffers from genetic liver disease. Due to the harassment under interrogation, she suffered a severe drop in blood pressure and body numbness. But the interrogators said they would send her to the hospital if she accepted their scenario; otherwise, they would keep her there without treatment.

On Wednesday, November 2, 2022, Elham Modarresi was arrested by the government forces at her home in Fardis, Karaj. She was subsequently transferred to Kachouii Prison. She was denied access to a lawyer and her case during her detention. She suffers from liver and intestinal diseases, which could lead to death under pressure.

She is facing charges such as “damaging facilities,” “disturbing public order and calm,” “inciting people to kill,” and “propaganda against the state.” Elham Modarresi was her family’s breadwinner and cared for her sick brother and elderly mother.

The continued detention of Nazi Habibi in Qarchak Prison

Nazi (Fatemeh) Habibi remains in custody in Qarchak Prison without standing trial despite 37 days since her arrest.

Nazi Habibi is a graphic artist and a theatre actress. She was arrested on one of Tehran’s streets on November 24. Ever since her arrest, she has not had access to her needed medications or a lawyer of her own choice.

Judiciary officials promised to release her temporarily on bail. However, they have refused to set her free despite her family’s providing the bail.

Ms. Habibi is under pressure from security forces to accept bogus charges and make false confessions against herself. It is not clear yet what charges have been leveled against her.