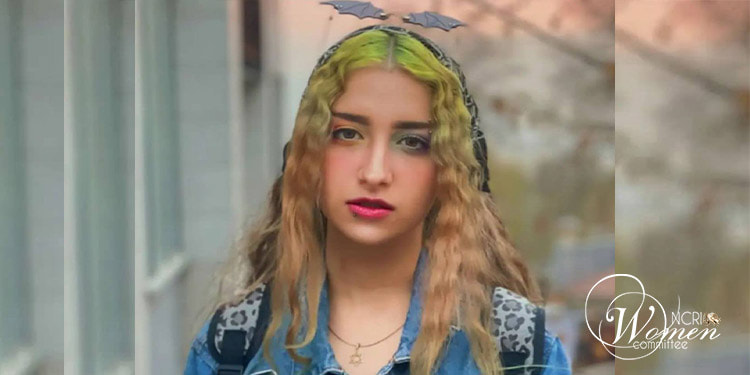 Armita Abbasi and a group of protesters detained are on hunger strike in Fardis Prison (also known as Kachouii), in Karaj.

Armita Abbasi has been on a hunger strike since January 2, 2022, protesting her undecided status despite nearly three months of detention.

Fourteen other detained protesters have also started their hunger strikes in support of Armita Abbasi to protest the lack of handling of their cases and medical care.

The mother of Armita Abbasi wrote in a post, “The case of Armita Abbasi will be examined by the First Branch of the Revolutionary Court of Karaj on January 26, 2023. The family’s lawyer has not received any answer and the court has not accepted him as the lawyer in Armita’s case.”

Armita Abbasi, 21, born in 2001, was arrested in late September. According to leaked reports, she was gang raped many times after being arrested, for which she was taken to a hospital.

The NCRI Women’s Committee received a report that a young student activist was arrested in the street. She was thrown into the State Security Force van. Security agents tied her hands and feet to the car. They raped her instantly upon arrest before arriving at the jail. Armita Abbasi was gang-raped numerous times. And, of course, sexual assaults are not limited to women.

Families of hunger strikers gather outside the prison, demanding their release

On Thursday, January 5, the families of detained protesters on hunger strike in Fardis Prison (Kachouii) gathered in front of this prison.

Kachouii prison is one of the clerical regime’s hundreds of prisons and torture centers, where prisoners are deprived of basic living and medical facilities. Dozens of women arrested during the Iran uprising are held under an undecided status in this prison. They have started a hunger strike since January 2 in protest against the long-term uncertainty, false accusations, heavy punishments, and denial of treatment.