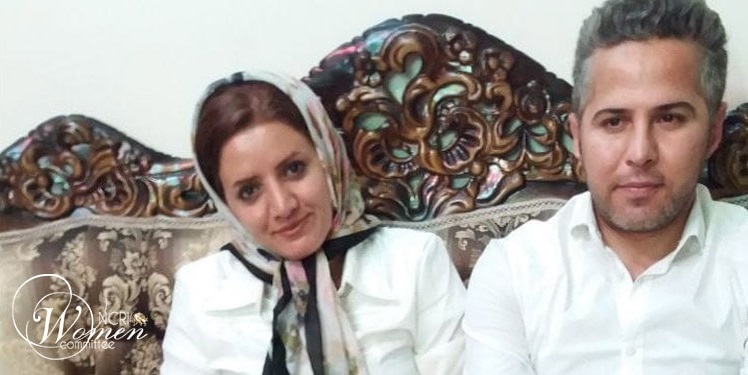 Detention of Tahereh Bejervani extended for another month

The detention of Tahereh Bejervani has been extended for another month because she resisted interrogations and refused to make forced confessions.

Tahereh Bejervani is the widow of Ali Fotouhi, who was directly shot and killed by security forces during the November 2019 uprising.

Tahereh Bejervani was among the families of the victims killed during the November 2019 uprising who seek justice for their loved ones. She was arrested on December 21, 2022, at her workplace in Shahrak-e Qods, a suburb of Tehran.

On January 1, 2023, Tahereh Bejervani called her family and said she was detained in Ward 209 of Evin Prison. She said during her detention, she had been interrogated only once.

Niloufar Mohandes arrested during a protest outside Gohardasht Prison

Niloufar Mohandes, 17, was arrested during a protest gathering by the families of detained protesters outside Gohardasht Prison (Rajaii Shahr) in Karaj and taken to an unknown location.

In the early hours of January 12, 2023, the families of prisoners and many youths gathered outside Gohardasht Prison to prevent the execution of detained protesters Mohammad Ghobadlou and Mohammad Broghani. They chanted slogans until dawn, demanding to stop his execution.

Niloufar Mohandes had joined the gathering outside Gohardasht Prison to protest the execution of Mohammad Ghobadlou and Mohammad Broghani but was arrested.

Thus far, no institution has taken responsibility for the arrest and response to her family.

Mahboubeh Mousavi disappeared after being chased by regime agents

Mahboubeh Mousavi, 26, was shot from behind during a demonstration in the Padadshahr district of Ahvaz and then disappeared.

Mousavi, from Ahvaz, was shot by police forces on December 11, 2022, during the nationwide protests. Mahboubeh Mousavi entered an apartment after being shot and has been missing ever since.

Mahsa Salehi, 17, was arrested in Freedom Square on January 8, 2023, for helping arrested protesters escape from a police van during the nationwide protests. She was taken to Evin Prison, where security agents broke her nose and left hand and tried (but failed) to get a forced confession.

According to reports, Mahsa Salehi is in poor physical condition,s and her wounds have become infected. She is not allowed visitors.