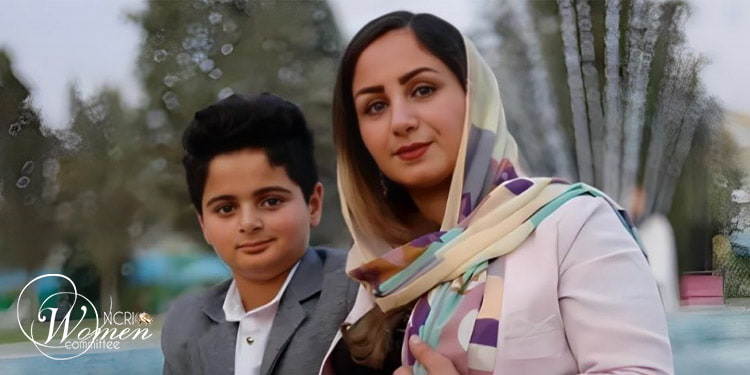 Zeynab Molaei Rad has been banned from teaching until further notice.

Zeynab Molaei Rad is the mother of Kian Pirfalak, who died at the age of 9 after security forces opened fire on their car during the protests in Izeh.

On Saturday, January 21, 2023, Zeynab Molaei Rad was summoned to the Intelligence Police station in Izeh city and informed that she could not go to work until further notice.

Zeynab Molaei Rad is an official employee of the Education Ministry and taught at Fatemieh Conservatory in Izeh.

The authorities of the Izeh Intelligence Police forbid her from teaching classes without any explanation.

The behavior of the security officials was harsh and disrespectful. Despite her request, they refused to give a written letter to Ms. Molaei Rad.

Zeynab Molaei Rad has not received any notice of violation, and her suspension from her job has been verbally communicated to her.

Maysam Pirfalak, Kian’s father, is now unable to walk or stand, and the family is preoccupied with his treatment in the hospital.

The clerical regime’s officials tried to attribute the killing of Kian and several other citizens of Izeh to terrorists. But Zeynab Molaei Rad emphasized in the funeral ceremony of her son in front of thousands of people and in the presence of the security forces that the government’s claim about the terrorist attack was a lie and the security forces themselves shot at the family’s car.

On the other hand, Sajjad Pirfalak, Kian’s uncle, also emphasized in an interview with Etemad newspaper that the truth is what Kian’s mother said in the crowd of thousands of people.