Iranian women are forced to hide their hair under a hijab, but nothing can hide their resilience. Today’s Iranian women join all protests against the brutal regime. Whether they are at home, school, the workplace, or even prison, Iranian women are a leading force for change, defying hijab rules and organizing acts of civil disobedience.

In November 2019, the Iranian people took to the streets in massive protests nationwide. The protests were against the regime’s decision to triple gasoline prices despite the growing economic instability and the skyrocketing poverty.

The peaceful protests quickly turned political, with activists calling for regime change. The state-media acknowledged the leading role of Iranian women in these protests.

In response, the regime resorted to violence, killing at least 1,500 protesters. More than 12,000 civilians, human rights activists, and journalists were detained. The casualties included 400 women and 17 teenage girls.

Following the protests, the regime enforced a 5-day Internet blackout to minimize news of its brutal crackdown on civilians. But that did not deter Iranian women.

In January 2020, despite the regime’s brutality, Iranian people and students once again went out in protests to condemn the January 8 downing of a Ukrainian passenger jet. The regime’s IRGC had launched a missile attack against the aircraft, killing all 176 people on board. Most of the 28 women on board that fateful day had been academics of high standing at Tehran University, Sharif Industrial University, and the University of Science and Industry.

For the past 40 years of the mullahs’ brutal rule, Iranian women worked hard to bring about positive change. They have shown their resilience through protests, civil disobedience, and other acts of nonviolent expression. Last year alone, women participated in every protest, despite the misogynistic restrictions against them. Women in Iran and expatriate communities continue to fight against gender-based discrimination and segregation, restrictions on personal freedoms, and lack of fair access to education.

Despite these and other injustices, Iranian women continue to show their resilience. In the latest wave of protests, female political prisoners have even had the courage to defy prison security conditions, sending messages to urge others to join protests, take action, and speak out for freedom – no matter the price. 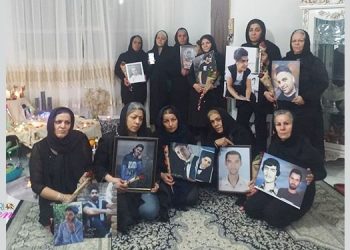 Mothers of the victims of execution seek justice for the perpetrators

Mothers of the victims executed or killed by the clerical regime in Iran, and particularly the mothers and siblings of ... 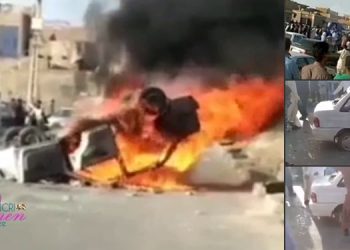 The robbing of three Baluch women by agents of the Revolutionary Guards (IRGC) led to public outrage and protests in ...

The Iranian regime has recently stepped up pressure more than any other time on Kurdish activists in Iran including on ...

Despite the regime’s deceptive measures and promises, welfare recipients and pensioners in Iran held protest rallies in Tehran and 21 ...

Iranian women defy four decades of religious dictatorship. The 1979 revolution in Iran was one of the most magnificent popular ... 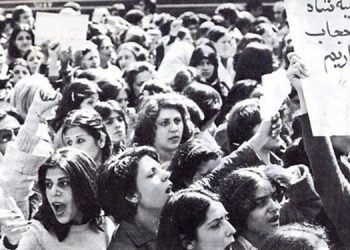 The anniversary of the 1979 Revolution which toppled the Shah’s monarchic regime in Iran, is a reminder of Iranian women’s ... 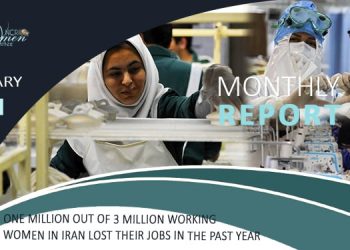 Monthly Report January 2021Download One million out of 3 million working Iranian women have lost their jobs In circumstances when ...

Iran's volatile cities saw widespread protests by nurses and teachers as well as by retirees all across the country. Women ... 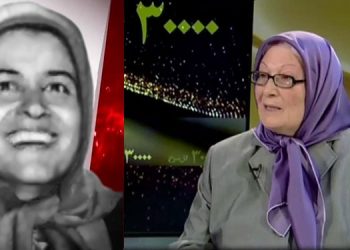 A brave, determined and cheerful revolutionary woman, with a heart filled with hope, a face filled with cheer, and a ...