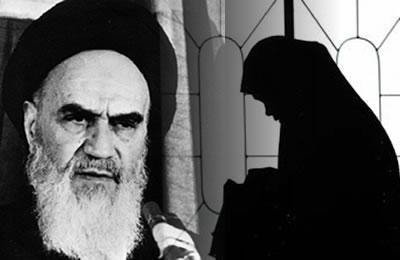 “Female prisoners who are virgins must be raped before execution, to prevent them from entering heaven.”

Excerpts of Montazeri’s book on the rape of women in the Iranian regime’s prisons:

In December 2000, Hossein Ali-Montazeri, a 79-year-old cleric who had been for 10 years the designated successor to Khomeini,

the supreme leader of the theocratic regime in Iran, published his memoirs. The book revealed shocking documents on the atrocities committed by the clerical regime, none as horrendous as the massacre of 30,000 political prisoners in 1988 on the orders of Khomeini. Montazeri’s book does possess a unique legal and political value, however, in that he reveals, for the first time, some key documents on the way the massacre began and was conducted. Most important among the documents is the text of Khomeini’s fatwa – religious edict that in clergy-ruled Iran has the force of law – ordering the massacre of all political prisoners.

In effect, he acknowledges that the rape of girls in the mullahs’ prisons was a widespread and systematic practice. He writes: “many of those who were being arrested in connection with the PMOI were girls and they were executing them on charges of waging war on God… I told the judiciary officials and Evin officials and orthers, quoting the Imam, that they must not execute girls from the PMOI. I told judges not to write death sentences for girls. This is what I said. But then perverted my words” and quoted me as saying: “Don’t execute girls. First married them for one night and then execute them.”

This is a clear acknowledgment that girls in prisons were being systematically raped by the guards and torturers. The sexual assault on prisoners was not confined to girls; from teenagers to aging women, all female prisoners were constantly exposed to the savage treatment. Many women prisoners became insane as a result of being raped by the guards.