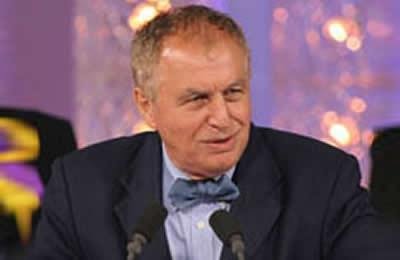 Struggle of Iranian Women and PMOI

Struggle of Iranian Women and PMOI

I have met many Iranian resistance fighters. I have regularly attended many of their gatherings and meetings in many different European countries, and learnt many things from them.

I believe there is a common denominator between the destiny of the peoples of all Arabic and Islamic countries, and in this path to destiny, one can not ignore the Iranian factor. Without going into too much detail, no scholar could deny that the Arabic and Islamic countries of the region have been influenced by the evolving of the mullahs in Iran in a very negative way. I am certain that the removal of this regime in Iran will reverse this process and will pave the way for democratic changes in many countries of the region.

This year I had the pleasure of participating in a large symposium organized by the Women’s Committee of the rights of women in the National Council of Resistance of Iran on the occasion of International Women’s Day in Paris on March 9. It was attended by many political and cultural figures, leading journalists from France, America, Germany, Spain, Britain and Belgium, as well as parliamentary delegations and activists from Arab and Islamic countries.

The next day, I participated in a seminar held in the office of the National Council of Resistance in the northern Paris suburb of Auvers-sur-Oise, where I witnessed the active participation of many Arab women from different sister countries.

Although I am familiar with and support the status and role of women, especially women combatants, in the Iranian Resistance, I also realize that issue of women’s rights in the Arab and Muslim world is closely linked to the struggle of Iranian women for political, cultural and economic equality with their male counterparts.

One can not elaborate on gender equality in the countries of the region without analyzing and understanding the bitter struggle for freedom and democracy fought by the People’s Mojahedin Organization of Iran (PMOI/MEK), men and women, in Iran for nearly five decades against the Shah and the mullahs’ dictatorships.

I found myself in agreement with senior Western women and Arab women participating in these seminars. We all seemed to agree on the fact that the religious fascism in Iran is the threat and challenge to democracy and human rights in general, and women’s rights in particular.

The reactionary religious regime that has been ruling in Iran for 35 years has had an impact on most Arab and Muslim countries in the region in recent decades. And it is clear that the way to halt this threat and contagious disease is through a movement of Iranian Muslims believing in true Islamic values, a movement that believes in democracy and freedom and is well-rooted in society. A movement that hundreds of thousands its members have been martyred for the cause.

Such a movement, despite the absolute repression it has endured for more than three decades, and continues its struggle and only become stronger, like a phoenix rising from the ashes.

I find it astonishing that we have witnessed the rise of a movement with such noble beliefs in Iran, yet in no other country. This movement possesses all the qualities of a progressive alternative, a real harbinger of the end of the era of darkness and exploitation of religion, and the future of a democratic system that will become a model for all people who suffer as the Iranian people have done for more than three decades.

It is a great regret that we do not find such a phenomenon in any other country but Iran – the movement equipped with the qualities to free our people from the dark forces of authoritarianism, and the wish to control the destiny of others in the name of Islam, while Islam and Islamic principles remain innocent.

The recent changes in Iraq, Egypt, Libya, Tunisia, Yemen and what may happen in Syria only underline the importance of the existence of such movement in Iran.

Now, I refer you to the words of a female Syrian activist in one of these seminars, who said that the murder, suppression and human rights abuses being suffered by residents of Camp Liberty are connected to the struggles of people in other Arabic and Islamic countries.

I would also like to refer to the city of Ashraf, which resembles a much more developed society and embodies a model for the community the Iranian Resistance would like to build in the free Iran.

Ashraf is being developed and built to meet the all different aspects of living requirements. The most important feature of this city has been the human relationships that exist within it, which are based on equality and the respect for different faiths, religions and sects.

Women too have a special role in this society, where they have become leaders. The men willingly and voluntarily have accepted such a leadership role. How they have been able free themselves from traditional and absolute male dominance? Achieving such goals has been possible through the leadership of Mrs Maryam Rajavi.

Under her leadership, the Iranian Resistance has been able to score various momentous victories on many different fronts. Such victories include the removal of the PMOI from the Britain, Europe, US and Canada terrorist groups.

Thus we come to understand another mystery – the collaboration of Iranian regime and the Maliki government in attacking Camps Ashraf and Camp Liberty. They both know that the PMOI managed through their own self-sufficiency and humanitarian selflessness to provide a new model of civilized living and thought that could not be tolerated by velayat-e faqih, which was built on the basis of one-man rule and the hostile rejection of the rights of women, especially those seeking to escape exploitation and injustice.

Thus, all Arab and Muslim women’s activists should be able to learn from these lessons and be encouraged in their fight. From the number of women participating in such seminars, symposiums, meetings one feels that the era of the blackout on the PMOI is on the verge of collapse.

There is no doubt that the clerical regime in Iran wants to eliminate PMOI and has had this goal for more than 30 years. This peaked after Iran-Iraq war, when they killed thirty thousand PMOI members within a few weeks. It is our religious and political duty to stand behind this strength and support and not to allow the ruling regimes in Iran and Iraq continue to murder them, so this movement can remain alive and ready for action.

—————–
This article was first published in Kuwaiti Daily al-Seyassah