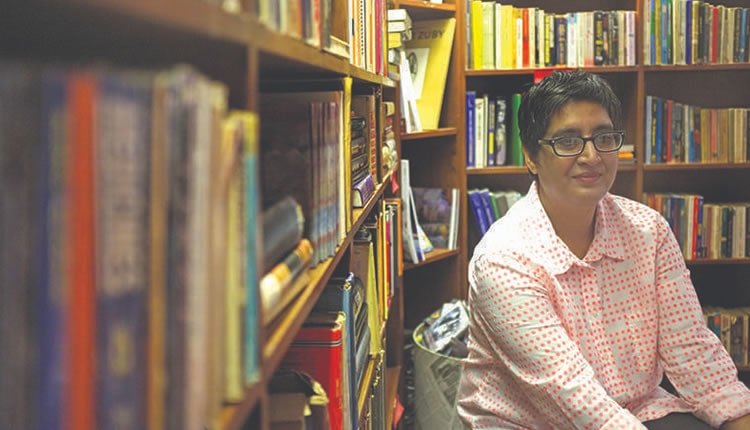 For human right activists, Sabeen Mahmud is a well-known name.

A freedom loving woman in Pakistan, who was killed by religious fundamentalists in her country. After her death, many of her country’s women as well as social media and press praised her.

Mrs. Sabeen Mahmud was a women’s rights activist and exposed human rights abuses.  She held different seminars in these regards in Baluchistan province of Pakistan.

Sabeen Mahmud was born on 20 June 1975 in the city of Karachi in Pakistan. Deeply impressed by women’s problems in family life, education, occupation and the prejudice they suffered from, she looked to achieve freedom, justice and human rights for women. She told one of her friends that her greatest wish is to change the world and make it a better place especially for women. She did a lot of publicity in the media and especially in the social media on the internet.

Sabeen Mahmud founded the “2nd floor Café” in Karachi in 2006. The institute was used to hold seminars and debates advocating human rights, and investigate social problems and prejudice against women. The institute was formed to gather people with different ideas to find solutions for people’s problems especially those of Pakistani women and human right abuses.

She also taught young Pakistani girls how to use computers and the internet.

Sabeen was attacked an hour before a speech she had planned for two human rights activists. The speeches were to be delivered at Lahour University, but were cancelled because of threats made by fanatic fundamentalists. Sabeen Mahmoud, however, was committed to hold this seminar in her own institute.  After leaving the place, she was shot by an automobile driver while returning home with her mother on 24 April 2014.

In her words, fighting against fundamentalism and defending women’s rights is a choice made between surrendering to fundamentalists and standing up to this century’s inhuman phenomenon. Sabeen Mahmoud made the latter choice and gave her life for it. In a 2013 interview with Wired magazine, she said she didn’t need any police force to protect her institute against threats of attack by religious fundamentalists.

In response to a question about the price of this war and the risk to her life, she said, “Bad things may happen but you can’t let fear control you. You can never wait to achieve things you want for free and without paying any price.”  This wise choice in defense of human rights and against fundamentalist misogyny was expressed in an interview with a Pakistani magazine in 2013.

Guaranteeing women’s human rights is a cause and ideal common to all freedom loving women who endeavor to realize it in their countries, a struggle that Sabeen paid for with her blood.