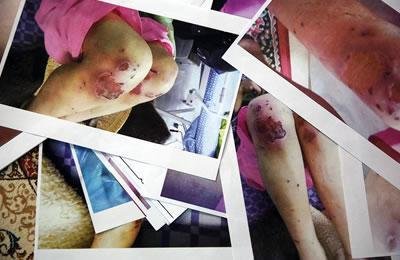 Iran: Legal gaps and lack of support for women led to torture

The 21-day torture of Azam was caused by lack of legal support for women and the existing legal gaps in this regard.

This was admitted by Shahindokht Molaverdi, deputy for Women and Family Affairs, in a gathering of social workers in Tehran. Referring to the torture of a woman in Mashhad by her addicted husband, she added: Investigations into this case showed that the woman had previously referred to the Judiciary centers and offices to seek help but she was advised to go back home to her family and was not given any support.

In another part of her remarks, Molaverdi described the status of social ills in Iran as “very dangerous and a cause of grave concern.”