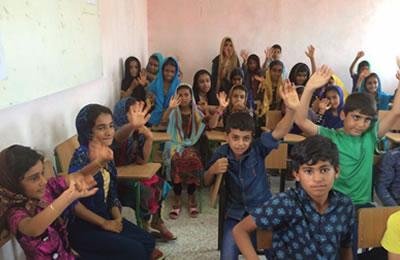 In a shocking measure, school authorities in the southern Iranian village of Mokhtarabad in South Roodbar struck eight lashes of the whip to at least

ten girl students and fired them from school because their parents did not afford to pay 30,000 toumans (approx. $8.5) demanded by the school’s principal.

The brutality continued for several days to force the impoverished families by whatever means possible to pay the money demanded by the school.

The families were also threatened with consequences by the Education Department if they do not deny the flogging of the students.

The chairwoman of the Education Committee of the National Council of Resistance of Iran in a statement strongly denounced this atrocious measure against young students.

She said the only solution for these sufferings is the unity and solidarity of the Iranian people to overthrow the mullahs’ religious tyranny and establish freedom and democracy in Iran.