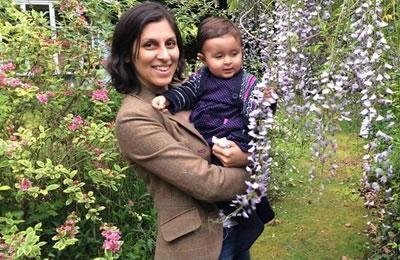 The UN Working Group on Arbitrary Detentions has strongly condemned the imprisonment of Nazanin Zaghari-Ratcliffe and called for her immediate release which it said was in breach of her human rights.

The WGAD said Ms. Zaghari-Ratcliffe was arbitrarily detained and was deprived of fair trial.

Ms. Zaghari-Ratcliffe was arrested while visiting her family in Iran in April with daughter, Gabriella, 2, and is one of a number of dual-nationality prisoners to have been detained in Iran.

Last month, she was sentenced to five years in prison following a secret trial on charges that remain a secret after being labelled a “Western Spy” by Iranian authorities.