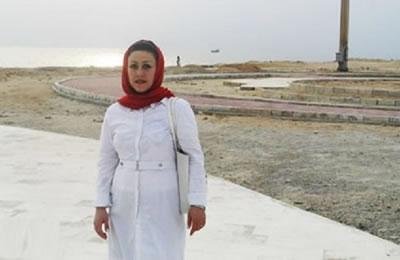 Iran: Wave of support for Justice Seeking by Maryam Akari

A number of Isfahan’s women issued a declaration in support of the demand for justice by Maryam Akbari Monfared. The women who have lost their children in the massacres by the Iranian regime, reiterated that Maryam Akbari’s questions on the reason and place of burial of thousands of innocent people executed in 1988 are “the questions of millions of Iranians.”

The students of the University of Qom called for “unconditional and immediate release of political prisoner Maryam Akbari.”

Students of the University of Kurdistan also declared that they “accompany Maryam Akbari Monfared in her seeking justice for victims of the 1988 massacre” and they “insist on demanding her freedom from jail.”

Members of the Muslim Students Societies of Tehran and Sharif Industrial universities issued separate statements in which they demanded international organs and human rights organizations to take urgent actions to secure speedy release of Maryam Akbari. Noting the pressures imposed on Ms. Akbari in prison, the students pointed out that the regime has not moderated in any way in its atrocious behavior.