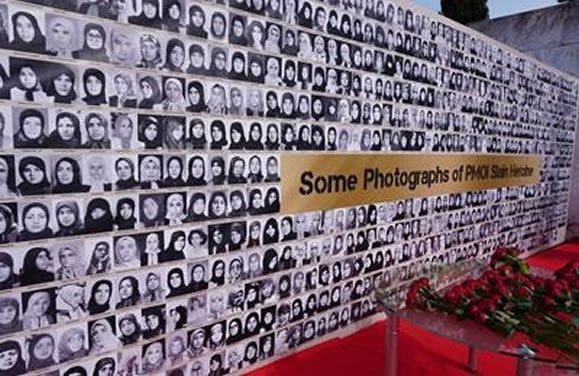 Thousands of Iranian women gave their lives for freedom

June 20 marks the beginning of the Iranian people’s resistance for freedom and democracy in 1981. Iranian women pioneer their people’s movement against the mullahs’ religious dictatorship.

Their resistance to the ruling theocracy began early on, in March 1979, less than a month after the Iranian people’s overthrow of the Shah’s dictatorship.

So women were the first to hear the footsteps of another tyrannical regime. They took to the streets the next day which coincided with the International Women’s Day, March 8, 1979, to protest the oppressive fatwa against women. For 2.5 years before June 20, 1981, women and girls joined opposition groups, particularly the PMOI, and actively participated in their efforts to stop the tyrannical advances of the new regime.

Dozens of schoolgirls who supported the PMOI opposition were killed and wounded in attacks by the regime’s agents and club wielders during this period. Nasrin Rostami, 16, in Shiraz, Mehri Saremi in Khorram Abad, Sima Sabbagh in Rasht, Sanam Ghoreishi in Bandar Abbas, Fatemeh Rahimi and Somayeh Noghre-Khaja in Ghaemshahr, and Fatemeh Karimi in Karaj were among many who did not succumb to the club wielders’ threats at the cost of their lives. On April 27, 1981, the Muslim Mothers’ Society who supported the opposition PMOI staged a demonstration in protest to the beating and arrest of their children. 200,000 women participated in this protest rally. Their strong presence caught the mullahs by surprise and had a tremendous impact on developments in that critical period of Iran’s history. Such acts of protest reached their climax on June 20, 1981, when half a million Tehran residents participated in a historic march for freedom.

On that day, Khomeini’s revolutionary guards opened fire on the peaceful demonstrators. Iran’s pioneering women, too, had to make a choice. They had to choose between the shame of caving into the mullahs’ suppression or standing up to them. Of course, they chose the latter and answered the call of history. After cracking down on the June 20th peaceful demonstration, the clerical regime began its massacre of opponents. Ironically, the first group of victims comprised of girl students, 16-17 years of age, who had not given even their names to the regime. Indeed, what was the message of these young women? Why was it that the first statement of the prosecutor’s office after June 20, bore the pictures of 12 under-18 girls who had not even identified themselves to the regime officials before being executed? Never before in history, had a dictator announced launching a tide of repression by releasing the pictures of young unidentified, executed girls.

The mullahs’ murder machine started its endless and indiscriminate killings. Young teenage girls, pregnant women, elderly mothers, workers, farmers, doctors, engineers, artists and athletes were killed en masse. Sometimes, all or five-six children of the same family were executed in the course of mass executions of the 1980s. Hundreds of former prisoners have attested that women’s resistance in prisons and under torture was inspiring to the imprisoned men, as well. By their resistance, Iranian women dealt effective blows to the medieval outlook promoted by the clerical regime. So, the mullahs put women under tremendous pressures to break their high spirits. Long-term solitary confinement, Unit One, Cage, and the most brutal of these torture chambers, the residential unit where they sexually assaulted female prisoners, were designed to reach this aim.

Iranian women, however, were deeply conscious of their great role and historic mission and were thus able to endure such inhuman tortures, imprisonment and executions. They were not just a few isolated examples but a generation of women who regardless of their age, education, profession, ethnicity, and economic class, chose the honor of resistance to defeat the enemy of their nation.

Despite repressive conditions in Iran, secret executions, and all the dangers threatening those who have such information, the Iranian Resistance has been able to compile the names and information about 20,000 victims of execution. 5,000 of those names belong to PMOI women. The most general categorizations based on age, profession, and education attest to the above said conclusion. A new generation of emancipated women was born to determine the fate of their nation.

681 women were killed under torture;

50 women were executed while pregnant;