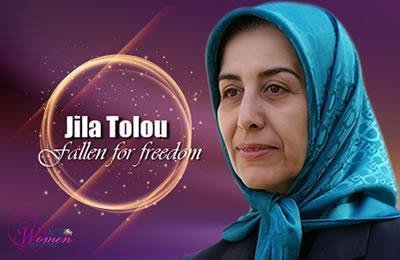 Jila was a Civil Engineering student at Isfahan’s University when the uprisings began in 1978.  She became acquainted with the PMOI/MEK and their aspirations during that same year and immediately began her social and political activities the student association supporting the PMOI/MEK at her university.

She participated in all protests and rallies and had become an advocate for social and political freedom.  She opposed Khomeini and his reactionary, misogynist, and dictatorial measures.

Jila was a conscious student who could have had a successful career in a highly demanding field and make a comfortable living. Instead, she chose a different path. She took on the responsibility of a leading and progressive woman who actively exposed and fought against the mullahs’ tyranny.

Jila returned home after Khomeini’s cultural coup when he ordered the closure of universities nationwide. She continued her activities in Tabriz. In June 1980, she got arrested when hanging posters in the streets, and was imprisoned for a short time. Upon her release, she became even more determined in her struggle against the misogynist and repressive clerical regime.

After June 20, 1981, when the clerical regime began a massive crackdown on all opposition groups and the PMOI/MEK, Jila lost her contact with PMOI/MEK for some time. So, she continued her activities on her own despite the intensification of arrests and suppression.

She eventually left the country in 1983 and joined the movement.

Jila was one of the first women to join the ranks of the Iranian National Liberation Army and engaged in various duties within the army.  Her patience, kindness, and openness had made her one of the prominent commanders in Camp Ashraf.

Jila was one of the 1000 heroines who stood steadfast and persevered with patience in Ashraf from 2003 – 2013.

She was martyred during in the massacre of Ashraf residents on September 1, 2013. The last image remaining from Jila shows her shielding her commander, Zohreh Ghaemi. The image, symbolizing the PMOI women’s selflessness in struggle, will remain as a golden page in the history of the struggle of Iranian women for freedom. 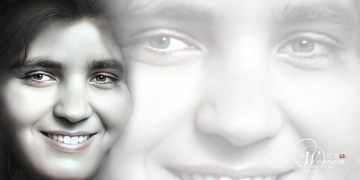 Zahra Bijanyar was 24 years old and two months pregnant when she was arrested and sentenced to 10 years for her support of the People’s Mojahedin of Iran...