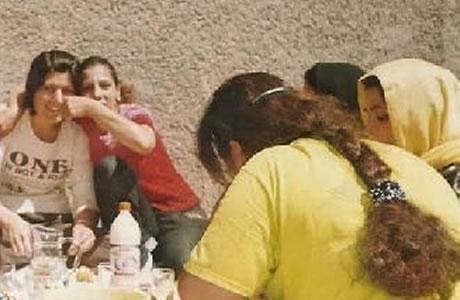 Zeinab Jalalian said her weekly family visits had been discontinued by the security section of Khoy Prison, in northwest Iran, and her health continues to deteriorate.  This Kurdish political prisoner who is serving the 10th year of her prison sentence, in a brief interview said, “Some time ago, I wrote and spoke out against increasing drug abuse inside the ward.

But they did not attend to my complaint, and instead incited some people to put drugs, and even urine, in the samovar of the ward.”Ms. Jalalian added, “But that was not enough for them, and they deprived me from my family visits in a totally illegal measure.” “I have requested several times to be transferred to a hospital outside the prison for medical treatment, but prison officials have taken no actions in this regard. In another inhuman measure, they have read out fake letters, attributed to me, on television claiming that I had numerous referrals to the medical center,” Zeinab Jalalian said.