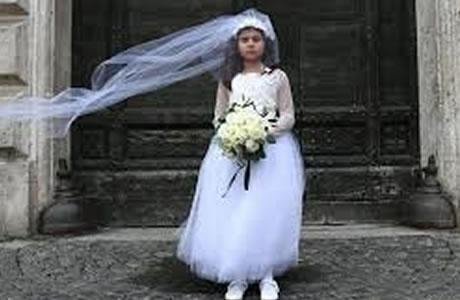 The phenomenon of child brides in Iran has taken on catastrophic dimensions such that even the misogynous regime’s officials and media admit it.

The main reason for this situation is the misogyny institutionalized in the clerical regime’s laws, which set the legal age of marriage for girls at 13 and allows fathers to marry them even earlier. Moreover, the mullahs’ parliament has been refraining so far to adopt a bill seeking to raise the minimum age of marriage for girls. (The state-run ISNA news agency – October 14, 2017)