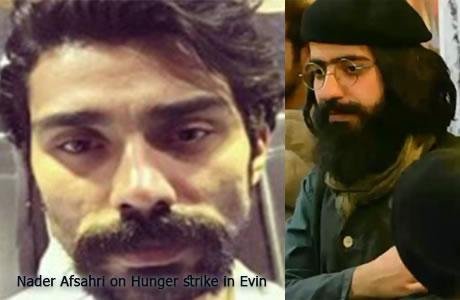 Iran: Woman pleads to save his son in Evin Prison

A mother sends out an audio recording to plead for her imprisoned son’s life.

Nader Afshari, a civil activist, in imprisoned in Evin and is on hungr strike. He was arrested on February 1, 2018, along with a number of other civil activists at Tehran’s Daneshjoo Park and taken to the notorious Ward 209 of Evin Prison. He has been detained incommunicado and is on hunger strike.

Mr. Afshari’s mother recorded an audio clip, defending her son’s rights. She said she would not allow the regime to harm her son in any way.