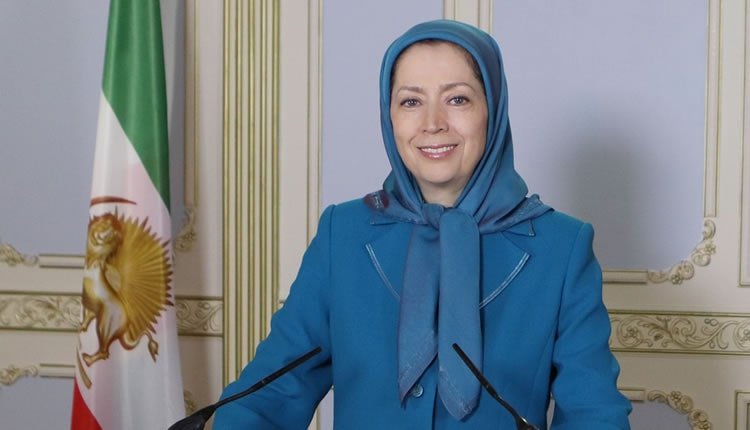 Women Are Most Oppressed in Iran – Maryam Rajavi

Women Are Most Oppressed in Iran – Maryam Rajavi

The International Association of Women Judges (IAWJ) held a conference from May 2 to 6, 2018, in Buenos Aires, Argentina, where women judges from 80 countries participated and exchanged views on issues of concern to women judges and jurists in different countries.

The Iranian Resistance’s President-elect Maryam Rajavi sent a video message to this conference, the text of which follows:

I would like to salute your conference and extend my profound gratitude to Ms. Susana Medina, President of the International Association of Women Judges (IAWJ), and her colleagues and wish them success in their efforts for the conference.

This conference is a significant opportunity for raising awareness around the world on discrimination and violence against women and ways of confronting them.

Iran is one of the countries where women are the most oppressed. They are victims of violence and sexual assaults.

This situation is not due to Iranian women’s lack of awareness. On the contrary, they have an outstanding level of college education as well as cultural and intellectual progress. In fact, it is the misogynistic nature of the mullahs’ religious dictatorship that imposes and inflicts various forms of violence on Iran’s women.

The misogynist mullahs have imposed inhuman discriminations against women since they seized power in 1979. In addition, they have institutionalized such discriminations in the law.

Under the regime’s laws, women’s rights are half of men’s. The testimonies of two women are equal to the testimony of one man before the court. Also, a woman inherits half of the amount a man inherits.

Women are not entitled to divorce according to the law. They are not allowed to have a job or even leave home without their husbands’ permission. They are also deprived of engaging in a large number of jobs, including judgeship. The regime dismissed all female judges once it seized power. Women are even banned from watching football games in the stadiums.

The regime’s penal code has paved the way for murder of women by their husbands and fathers. This means that if a woman is murdered on moral grounds by her husband, father or grandfather, the murderer is not punished.

In cases of sexual assault on women, the law is lenient towards the assailants but harsh on the victim. The case of Reyhaneh Jabbari serves as an example. She defended herself against rape which led to the death of the assailant. After seven years of imprisonment, she was executed at the age of 26, despite public outrage.

The mullahs have also inflicted extensive poverty and prostitution on women. For years, young women are being trafficked to neighboring countries. International reports confirm that Iran is one of the main transit routes and centers for sex trafficking.

The mullahs are particularly violent towards women who stand up to them. Thousands of dissident women, especially members of the main Iranian opposition People’s Mojahedin of Iran, have been executed under the clerical regime. Tens of thousands have been savagely tortured.

Fortunately, the people of Iran have waged an extensive struggle against these policies. They seek regime change because they find the rule of this religious tyranny as the root cause of all their problems. In this struggle, Iranian women have played an important role.

Women were in the leading ranks of the uprising that rocked Iran last December and January. Women comprise the majority of members of the National Council of Resistance of Iran. Also the PMOI, which forms the backbone of the Iranian opposition, is led by 1,000 heroic women in its Central Council. This is the natural continuation of the role Iranian women have played since 120 years ago in all the major movements in Iran.

I hope that our sisters around the world support the struggle of Iranian women and the extensive protests in Iran. No doubt, women’s international solidarity plays a significant role in confronting violence against and oppression of women.

Wishing the best of success for your conference.